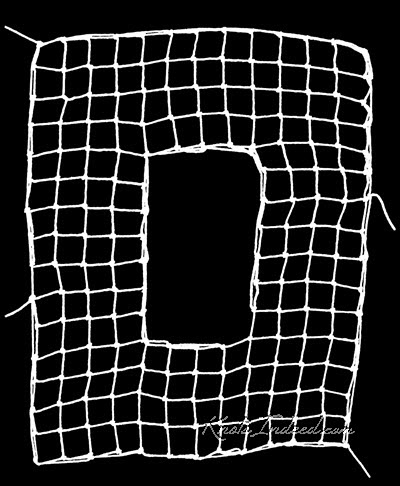 Cut the thread on the outer edge.


Start the Second Half of the Rectangle
Tie the thread from the needle to the bottom of the first loop of the last complete increase row.
1.       Tie the end of the thread from the shuttle to the appropriate loop.
2.       Without using a mesh stick, tie a netting knot into the same loop.
3.       Untie the original knot that joined the shuttle to the loop, leaving just the netting knot.