The Lady's Assistant in Knitting, Netting, and Crochet Work


In hunting for netting books online, I found several by Mrs. Gaugain.  The Lady's Assistant in Knitting, Netting, and Crochet Work, second volume, is a sequel to the one I mentioned last week.  It was originally published in 1842.  Apparently in 1842 she published both books.

Besides knitting and crochet patterns, it contains the following netting patterns:

In the process of creating the videos for my Circular Netting Class, I needed to make more hot pads.  This one was a revision of a pattern I had already made for this class.

This was a new one.  I realized that I had not made any simple hot pads that demonstrated how to decrease.  So this one fills that need.

I finished the taping done for several of the videos.  Now I just need to pull the pieces together to make coherent videos that teach the skills needed in circular netting.  At least progress is finally being made on the videos.


I've looked for books containing netting patterns ever since my mother gave me a copy of Nelson Netting Patterns, Beautiful New Advanced Doilies (supplement #3) for Christmas in the 1960s.   I was sorely disappointed when I found no books and very few patterns dealing with netting in the library of the college I attended.

I was elated when I discovered old netting books on-line in a digitized format.  I downloaded all I could find but never had took the time to look through the files very thoroughly.  It was one of those projects I was always going to do.  A few months ago, I don't remember why, I started looking through one such file.  The book was published in 1847.  I discovered, to my amazement, that there were drawings of nine netting stitches.  Stitches I knew!  Some of these stitches like Plain Net, Grecian Net, Leaf Netting, Dotted Net, and Honeycomb Net I had learned from my grandmother.  Others like Round Net, Open Plain Net, Single Diamond Net, Diamond of Five Stitches, and French Ground Net I had learned from more modern books.

As I continued browsing through the file, I saw patterns for items I had wanted to make but had not had the time to design. Looking through other files I had downloaded to my computer, I realized that I needed to create a listing of which patterns were found in which books.

I decided to enter them in this blog so others could also find the netting patterns they wanted.  Besides a list of netting patterns found in each book, I will include the title, author, publication date, and link where I found the book.

Here's the first book.  It had to be first.  It was the one that captured my attention and made me decide to make this list.

The Lady's Assistant for Executing Useful and Fancy Designs in Knitting, Netting, and Crochet Work by Mrs Gaugain, 1847.  It was also published in 1840, 1842, and 1845.  The patterns for netting were the same, regardless of when the book was published.

Netting patterns and stitches found in this book:

In case you think I have forgotten about my Circular Netting class, I have not.  I finally made the first two videos and checked to see if all the pattern instructions were ready.  They were.  If you want to see what videos and patterns will be included in the class, you can look at the class syllabus. 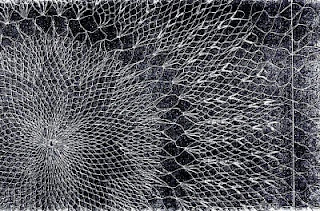 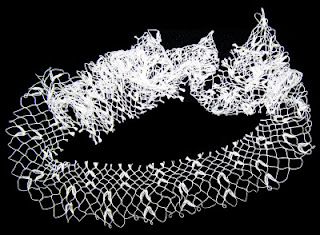 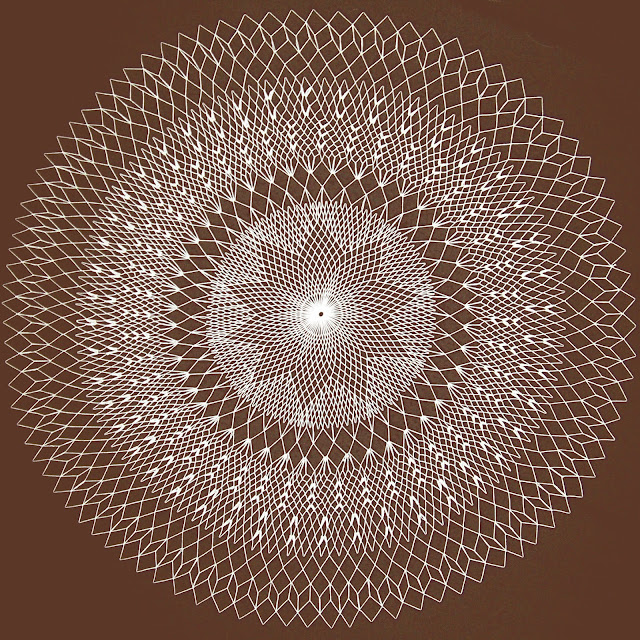 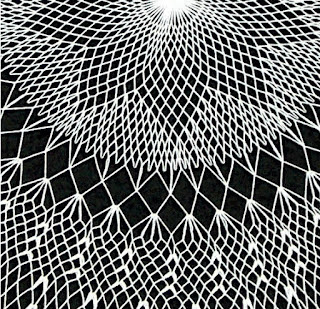 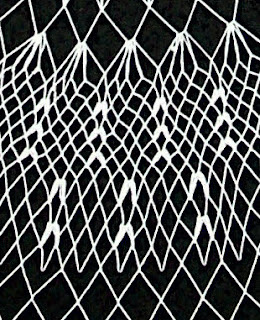 
I'm not sure how Grandmother did it, but I figured out one way to do it.
Posted by Rita at 3:38 PM No comments:


Prototypes are made to be revised.  Netting projects are no different from any other creative endeavor.  A few week ago I showed a version of a net belt and a bag attached to it to hold medical equipment.

Since the beginning of August there have been a few changes made.  Here are some photos of the latest version. 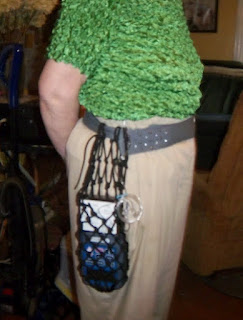 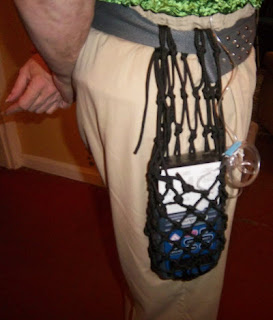 As you can see, the net belt is gone.  It stretched too much when the weight of the medical device was in place, sending the bag down past my friend's knees.

Changed are some of the mesh stick sizes.  The actual bag is still made with a 1" mesh, but the upper loops that the belt goes through are now made with a 2" mesh.   The number of rounds in the height of the bag has also changed.  The place where the rounds change to rows is shorter than the device.

The material used to make the bag has also changed.  The cotton cord first used was not durable enough for the amount of use the bag experienced.  The cord broke within days after it was made.  I had some black parachute cord on hand and decided to try using that.  It worked very well.

At last report, my friend stated, "I want you to know that ... what I am doing ...[determines] where I place the bag along the belt. While making my bed, for example, I slide the bag behind my back. While just sitting, I have it by my side."

It seems the bag is working and meets her needs.

When I decided to make it in color instead of white thread, I started with the same instructions.  After all, I was going to check to make sure I had written it correctly.  I made the circular part and started on the rectangular length of the bookmark.  I was sitting in the library, visiting with members of our knitting group.  I realized I had been netting for a while and wondered how close I was to changing stitches.  I thought I knew how many rows of plain netting I needed to do before I changed to a different stitch, but, when I looked at the instructions and counted the rows, I had done more plain netting than I was supposed to do.

Now I had a choice to make.  Did I want to follow the pattern exactly (which would mean untying each knot, one at at time, for several rows), or did I want to end up with a different bookmark pattern than the one I had started to make.

I decided I did not want to untie that many knots.

I ended up with a new pattern and a slightly different look.  Which do you like better?