The Netted Edging, found on pages 27 and 28 of The Priscilla Netting Book (with Belle Robinson as editor and published in 1914), was made for circular netting.  It took a couple of tries to get a non-circular version that looked decent. 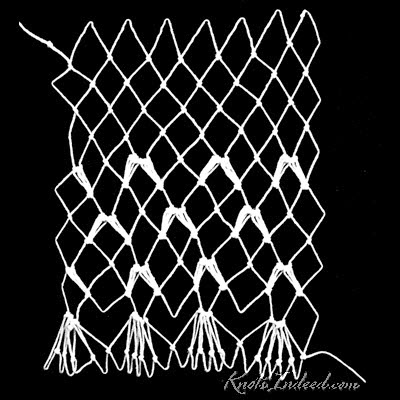 After working a little here and a little there for over a month, I finally finished Whirl.  I've finished re-doing all the quick and easy doilies.  We'll see how long it takes before I get the next one done. 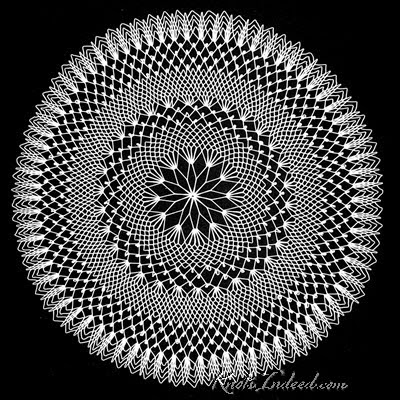 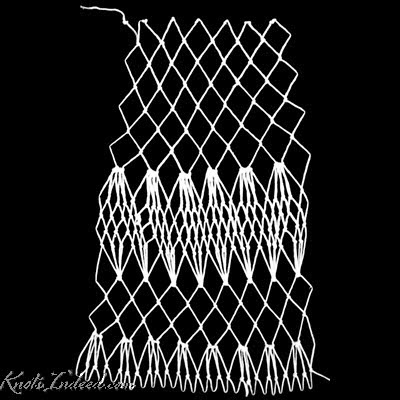 This edge needs to start with a multiple of 3.
Posted by Rita at 6:32 PM No comments:


I was delighted to see that there were mesh-stick sizes given in the Netted Border with Fringe from The Priscilla Netting Book by Belle Robinson, editor, (published in 1914). An illustration is found on page 29, and the instructions are found starting at the bottom of page 31. The pattern specified a "small (5/8-inch) mesh-stick" and a "large (7/8-inch) mesh-stick."  That seemed rather large to me, but I made it. 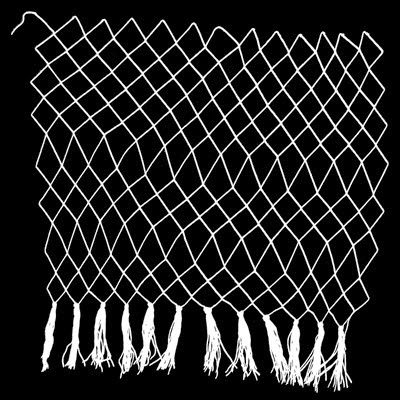 My sample measured about 10 inches square.

Since I did not have a flexible tape measure, I marked a piece of thread with a knot 7/8" from the end and tried different size mesh sticks (flat and round) to see which one the thread would wrap around.  The 3/8" flat mesh was the closest.  So that became my large mesh.  I did the same thing with a 5/8"- long piece of thread.  The #5 knitting needle was the closest fit.  That became my new small mesh.

Repeating the instructions again with the smaller mesh sticks, I made the edge again.  It was much closer to my idea of the size a netted edging should be. 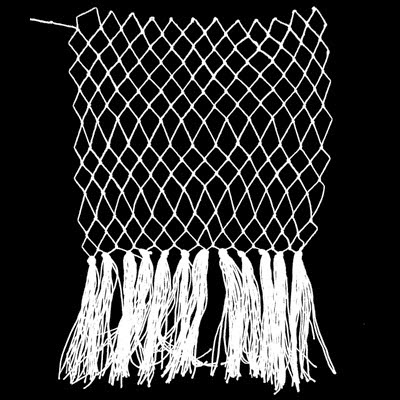 My smaller sample measured about 3.75 inches wide by 5 inches long.


Gauge can be so important.  In netting, gauge is determined by the size mesh stick used. To give you an idea of the size difference between the two samples, I'll show them here in the same photo. 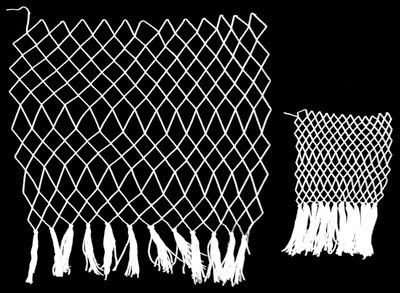 I should have looked in the front of the book before starting any patterns contained in it, especially since it is an entire book about netting instead of just a couple of patterns. When I did, I found some important information.  Here is what was said about mesh sticks:

There was also some interesting information about metal netting needles:
It would be nice to have that variety in metal mesh sticks today.

This month continues to be exciting for me.  On July 3, 2014, I published my first book: The Lost Art of Netting: A How-To Book with Pictures and Patterns for the Beginning Netter (Volume 1). This week it appeared on Amazon. 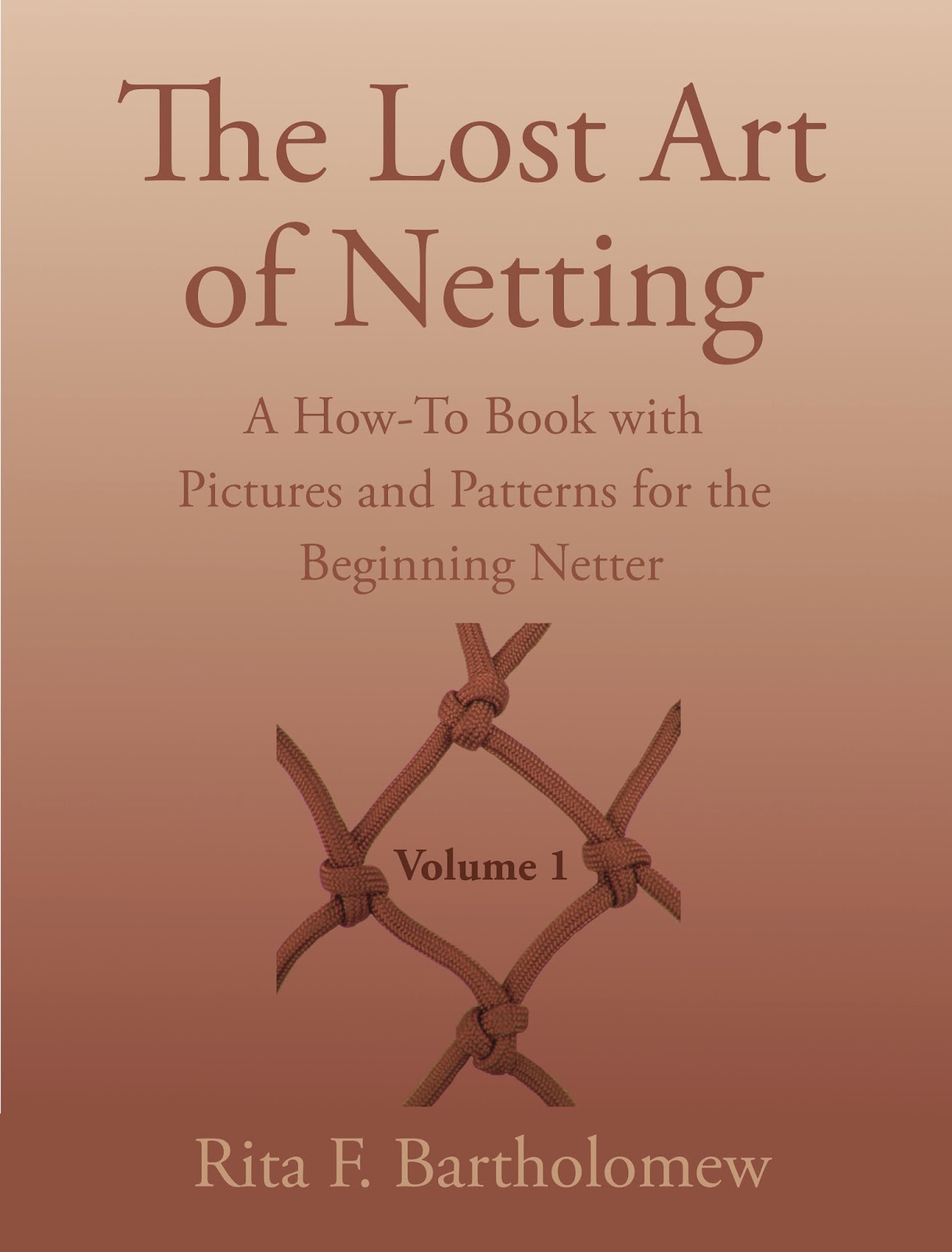 Edging from The Priscilla Netting Book


This net edging, simply called Edging, is from The Priscilla Netting Book, by Belle Robinson, editor, (published in 1914). An illustration is found on page 33, and the instructions are found on page 48. The instructions include the size of the mesh sticks - 3/8" and 7/8". This makes the edge 7.5 inches long. 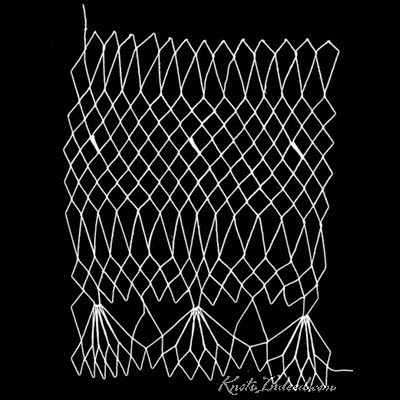 I also made a netting sample using a 1/8" and a 3/8" mesh stick. This seemed to me to be better suited for a handkerchief edging since it measures 3 and 3/8 inches long. 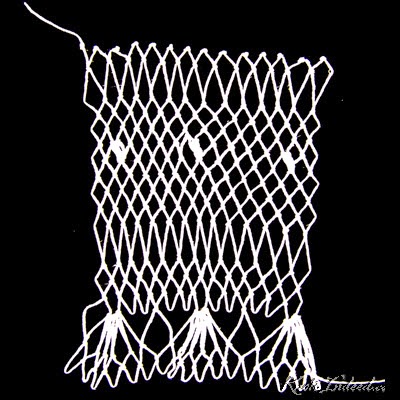 UPDATE: I found out the reason for the problem.  Only a week late. It looks like I chose new mesh sticks correctly.

This month started off with some excitement for me.  The July / August issue of Piecework Magazine included my article about netting and two net bookmarks I designed.