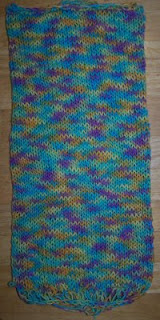 This was a fun scarf to make. Once I cast on 30 stitches and then went circular with a knit 1, yarn over, repeated around for the first round it was just mindless knitting. Good for watching a video with the family. I knit about 24 inches before I cast off.

Casting off was scary. The easiest way to do it was to slip a stitch, drop a stitch all the way around. Once that was done, it was just a matter of binding off loosely. The catch is that you have to drop the stitch that was originally a yarn over in the first round. If you do it wrong, the whole scarf falls apart. 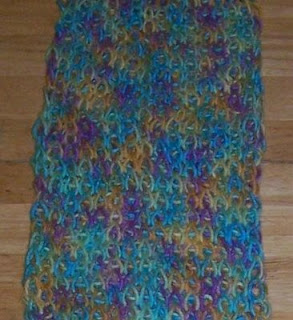 The fun part is where you intentionally drop the stitches all the way down to the yarn over.

The scarf grows from 2 feet long to 6 feet long and the knit stitches expand. 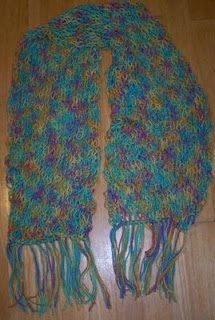 I folded the tube of knitting into a long, flat scarf and tied the tube together at the ends with the fringe. That way the scarf was double thick.

I wanted to see how a narrow 5 loop diamond pattern would look, so I decided to do it as a scarf. 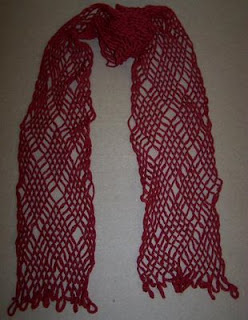 I liked the way the diamond shapes appeared in the scarf as it goes from one diamond to two diamonds and back again.


I wasn't sure if I liked the way the edge turned out.

So I decided to try again. 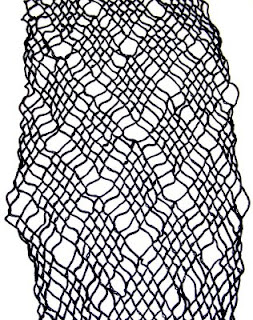 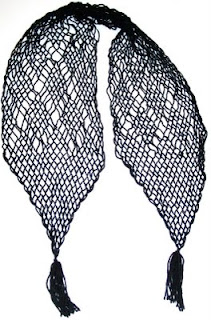 Using black yarn, changing the edge to a single point, and adding width gives this scarf a different look than the red one.

I'm curious. Which scarf do you prefer? Or do you like one from last week better?
Posted by Rita at 4:08 PM 1 comment:

Last week was school vacation. Before the two children still at home left on an end-of-the-week youth conference I had my youngest son help me photograph some of the projects I recently finished.

I seem to be in a shrug mood lately. I've finished three recently. I love how they keep my neck and shoulders warm without getting in the way of what I am doing. 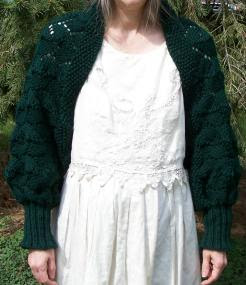 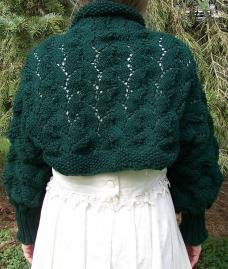 This is a free pattern from Lion Brand Yarn. It was the first time I made a long sleeved shrug.

Back in February at the very end of my entry I mentioned that I had been working on some scarves. I meant to take pictures of them, but life kept getting in the way. So once the end of the week arrived and the children and my husband were gone (taking the car with them) I had time to photograph some of them.

I don't have time to show all of them right now, but I will show 4 of them with their different edges. I like some of the edges better than others. Which do you like best? Please leave a comment. 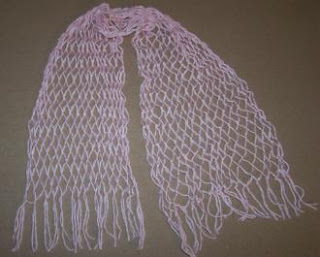 The following scarves were all made with Bernat Glow-in-the-Dark yarn.

Each of the scarves uses about 72 yards because that is how much yarn was in each ball.

They would work great for a child. To make one for an adult would require closer to 140-150 yards.

This is just plain netting with a touch of fringe on the edge. 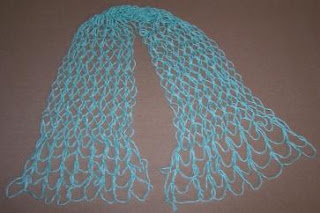 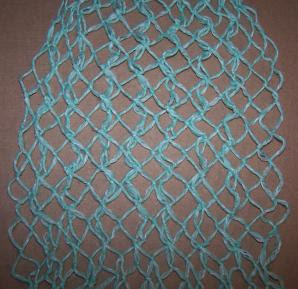 This scarf was made using what I call the Ivy Stitch and instead of fringe I used the Rigging Edge. 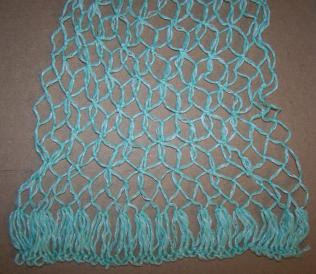 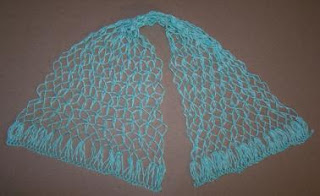 This Cube Stitch Scarf has a bit of Ruffle Netting at each end. 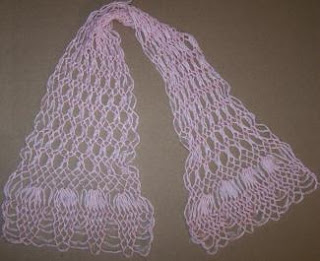 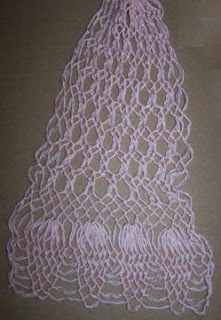 Here is the Eyelet Stitch paired with an Ice Cream Cone Edge.
Posted by Rita at 1:12 PM 1 comment: