My youngest son and I negotiated. Doilies for his teachers - smaller and fewer knots. He also suggested that 5 would be great (instead of 9). So I have been netting doilies. The first doilies were finished on schedule. 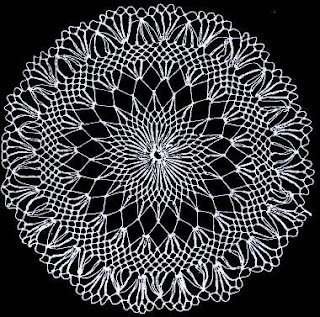 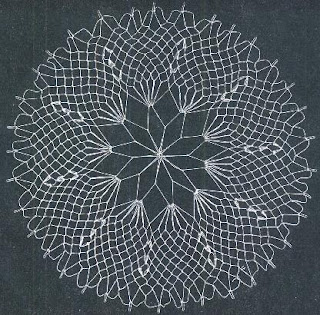 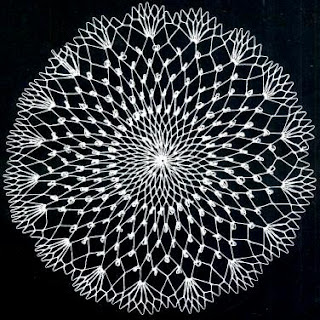 I was ready to continue with the 7.5" doilies that he had selected when I received a new book in the mail. Malla was filled with gorgeous doilies having a different look than mine usually do. Though I loved the style, they were much too time-consuming to make right now with an end-of-the-school-year deadline. So, for the final two doilies for my son's teachers, I based the designs on the style of the doilies found in Malla. 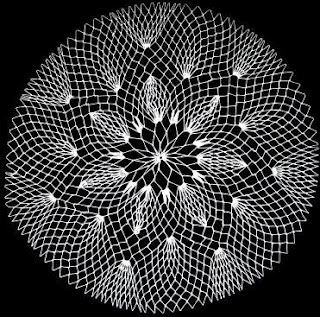 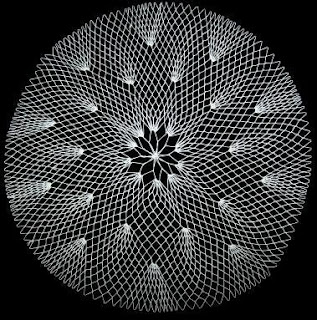 They were a bit larger, with more knots, than the other doilies, but I told my son I would not hold him responsible for my creativity. They were also finished in plenty of time for him to deliver them to his teachers.


Another wedding announcement arrived in the mail from a nephew. Fortunately, I was almost done with a doily using one of my grandmother's patterns. 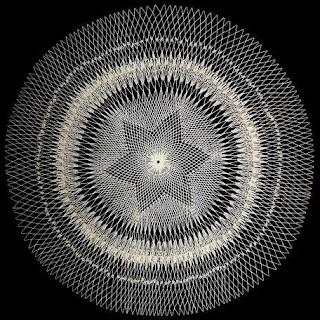 I quickly finished it and sent it with my husband when he traveled west for his mother's 90th birthday celebration.
Posted by Rita at 7:41 AM No comments:

Several weeks ago I was sent a link to this lovely caul. Although I am still trying to figure out how to make the stitch, I was interested in making something similar -- and simple. So I called upon a friend who is involved with SCA (Society for Creative Anachronism) and together we came up with the following caul in plain netting 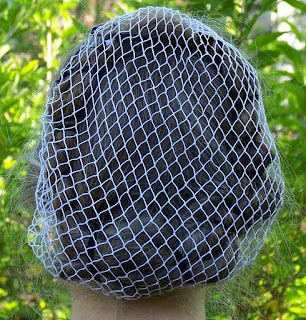 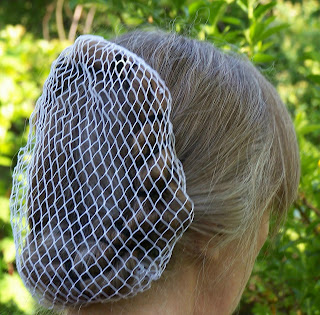 as seen from the back and the side.

It was fun. Now to try some different stitches

and wait for my hair to grow out again. Yesterday my youngest daughter and I donated our hair to Locks of Love. Her hair was barely the required 10 inches, mine was well over 12 inches. It's been almost two years for my daughter and close to two and a half years for me.

Now I either have to figure out how to attach a caul without braiding my hair first, or wait a year or so until it is long enough to play with again.
Posted by Rita at 5:05 PM 1 comment:

It's that time of year again when my children look at me and ask for gifts for their teachers. So, for my youngest daughter who graduates from high school next week, I made four doilies for four teachers / counselors who had made an impact on her high school experience.

I did ask that each doily have 3,000 knots or less and that she choose from the doilies that I wanted to remake. Several of my doilies were made and photocopied before I got my digital camera. That was fine if the doily was less than 8.5 inches. If it was over that measurement, parts of the doily got chopped off in the photocopy. Since the doilies were usually given away as gifts, to obtain a full photo I need to remake the doily.

My daughter made her choices and I began. Everything worked just fine for Summer. I finished it, starched it, and displayed it for a knitting group I attend. They had never seen a net doily and loved it. I even let them choose which one I should start next. 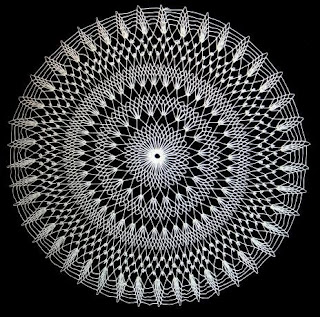 
They liked the partial photocopy I had of Eyelet and so I started it right there. Within a couple of days I had finished this doily also. 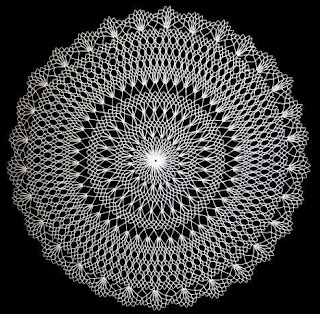 I decided to make Delicate since it had fewer knots than either of the others and should work up quickly. Then I could take two newly completed doilies with me the next time the knitting group met.

This doily hated me. It did not want to get completed. Usually I can net and listen to what is going on around me, so I took the doily with me to my daughter's class day. I really can't blame the first problem on class day since I was already on round 13 when I arrived there.

Somehow I missed adding one loop during round 11, which I did not notice until near the end of round 14. I decided to fix that spot by cutting back 3 rows in just that one area. I did not feel like cutting off 3 rounds of netting and there were too many knots to even consider untying each one individually. I was able to make the repairs and continue on round 14.

On round 16 I misread the instructions and did not notice until that evening when I was finishing round 19. I could have cut back to round 15 and tried again, but I decided to keep what I had and create a new doily pattern. After 3 false starts I decided how I would decrease to get to the "correct" number of loops.

Like I said earlier, this doily did not like me, or maybe I was just tired. At any rate, when I arrived at round 22 ready to start the edge, I realized that I had twice as many loops as I had wanted. There was no pretty way to decrease at this point in the doily. I decided that I had put enough effort into this new doily and did not want to cut back to round 15, so I went ahead and made the cube edge even though the doily was fuller than I like for that edge.

So instead of Delicate, I now had Party, which I took to the knitting group along with Eyelet. 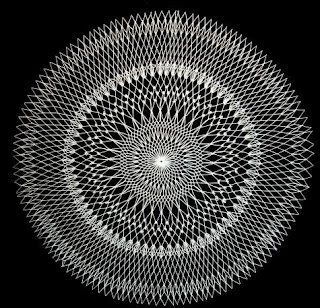 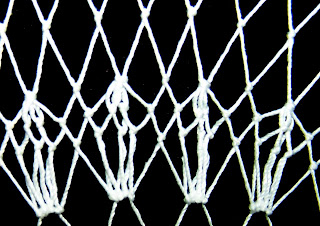 I also ended up with a new decrease stitch I decided to call Cupcake.

I was determined to complete Delicate, so I started again. This time I finished it with minimal trouble. 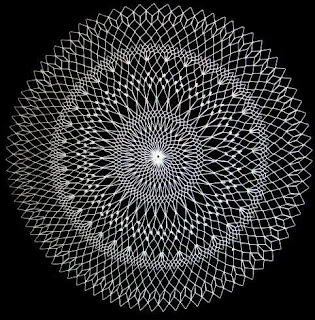 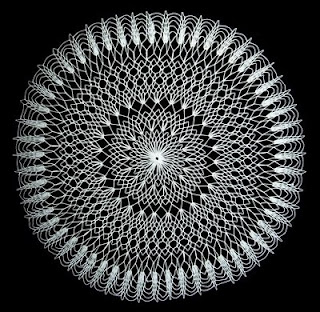 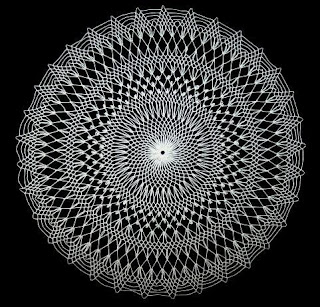 It looks like I will have at least one more doily to make for an upcoming wedding.


Then yesterday my youngest said, "Mom, do you think you could do some doilies for my teachers?" As a high school freshman he has 8 classes plus shop, and there are just over two weeks before he is done with school. We may have to negotiate. . . .
Posted by Rita at 8:44 AM 1 comment: