The class for Square-mesh netting is progressing.  This week I was able to get the video taping done.  Next week I hope to have the videos finished.  I realized that for this class I have only small and large projects.  Nothing in the middle, and nothing that would be quick to make and  practical in an everyday sort of way.

So Thursday I asked family and friends gathered around our Thanksgiving table for some suggestions.  Scarfs and dishcloths were suggested, and I may come up with some, but late last night I picked up some left-over yarn and this morning I finished . . . 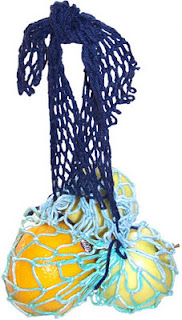 The handles are diamond mesh, but the body of the bag is square-mesh.

Now, before you say anything, I know it's small, so tiny in fact that I could barely squeeze in the two apples and and orange.  But now I know I can make one, I just have to figure out the proper number of squares for the width and the length.

There are several methods used to tie the netting knot.  Lately I've been referring to two of them as the lace-maker's method and the net-maker's method. 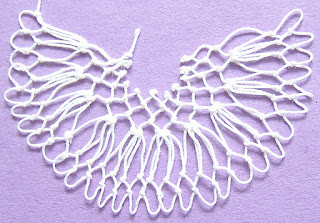 I received an e-mail asking me if there was a way to create the Carrots Increase Stitch using the net-maker's method so that it looked like it does in the photo. 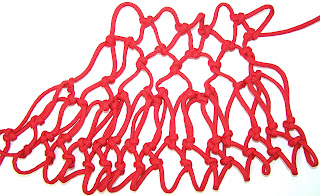 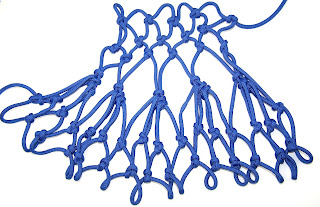 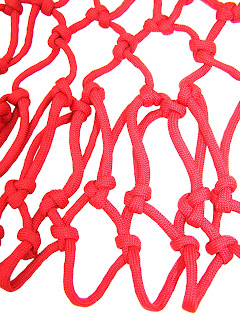 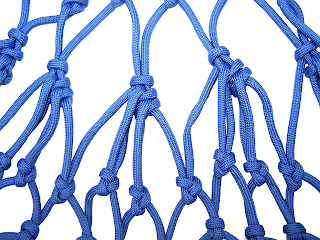 So my question, to those of you who are more proficient and experienced in netting using the net-maker's method, is:  "Do you agree with me?"   If you do not, please tell or show us how to get the same look.
Posted by Rita at 11:09 PM 2 comments:

New Netting Class and Mistborn Cloak are both finished

It's done.  After 11 months of working on it, Netting, More or Less is now available.  This netting class shows how to increase and decrease while netting.  It includes patterns for headbands, dishcloths, bags, and a snood (hairnet).  To register for the class, click here.  This class is ongoing, so when you can begin the class as soon as you register for it.  (Contact me if you have problems.)  I have also structured the class so that there is also no ending time.  You can go back and review how to do something whenever you need to.


I've already started working on the next class:  Square Mesh Netting.  By checking the syllabus for Square Mesh Netting, you can see that currently there are six more videos to make and all the PDF patterns and transcriptions.  I hope it will not take as long to pull together as the last one did. 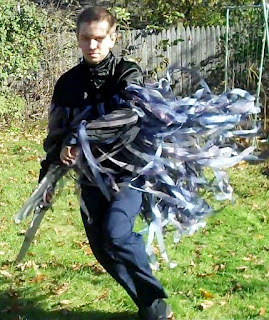 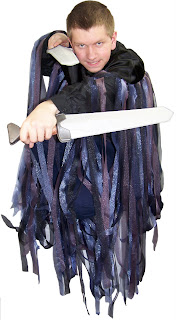 Several weeks ago I mentioned that I was making a Mistborn Cloak as a Halloween costume for my son.  I did finish it before Halloween.  However, due to the snowstorm and downed power lines that arrived days before Halloween, he was not able to wear it for Halloween.

During the week when school was  not held, I managed to get some photos. 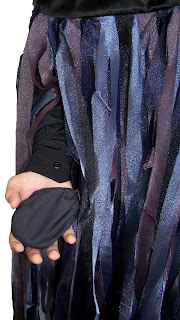 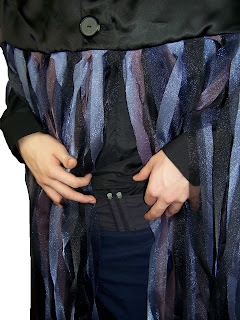 It came complete with a pouch for coins and a belt / sash with places to store his "metals" vials. 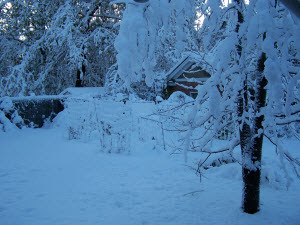 It looked like a winter fairyland Sunday morning when I got up.  The storm arrived before I took down my garden trellises.  Everything was blanketed in 9-12 inches of white.


There were only a couple of problems with this winter wonderland.  When I looked out an upstairs window Saturday night, I noticed something that had not been in our backyard earlier in the day. 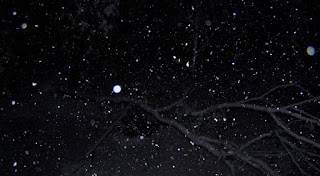 Yes, a tree had fallen under the weight of the snow on its leaves.  It knocked over the basketball standard and came within inches of the back porch awning.   We were fortunate that it fell the way it did.  It could have landed on the house. 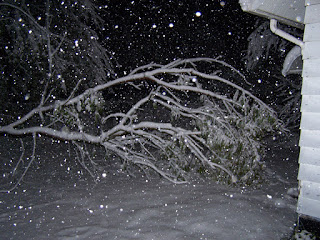 By Sunday morning portions of a second tree had joined the first. 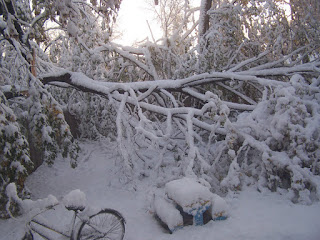 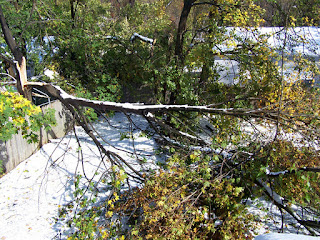 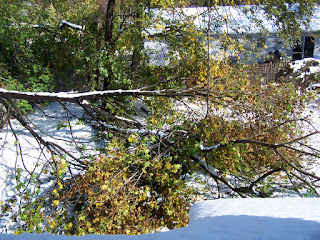 
It's impossible to go through something like this without learning something.  Here are a few of the things I learned:

I know my list would be different if the season and the disaster were different.  And, speaking of disasters, I wonder what is coming next.  So far during 2011, my area of the country has experienced an ice storm, a tornado, micro-bursts, an earthquake, a hurricane, and now heavy snow storm.  Any suggestions what I should prepare for next?  My oldest daughter suggested fire.

*Speaking of netting classes - Netting, More or Less is completed as far as the videos and transcripts go.  I just need to have time on the computer to get the classroom up and connected to PayPal (something I was planning to do this past week).