Table-mat or Center-piece, with Netted Fluted Edge from Tatting and Netting

On page 123 of Tatting and Netting, the Netted, Fluted Edge is created on the edge of a 15 inch-diameter piece of cloth.  I decided to just make the netting without any fabric.  I also did not do any crocheting.

I began the sample using size 10 crochet thread, with a #3 knitting needle as the mesh stick.  I net 24 loops onto the foundation loop.  For the next row, I net 2 knots into each loop. Then I net 8 more rows with one knot in each loop.  The fluted edging is formed once starch has been applied to the netting.

The first photo of this three-dimensional netting shows the netting from above, as if I were looking down on the sample. 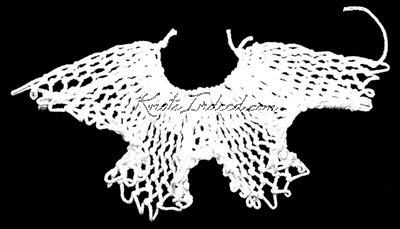 The second photo is taken as if I were looking across the table and into the netting from the front to the back of the sample.

Platter Doily with Netted Border from Tatting and Netting


This Platter Doily with Netted Border from page 122-123 of Tatting and Netting has some net embroidery, also called Lacis, created in each point.  I did not add that to my samples.

Because the instructions did not matching the accompanying photo and I did not realize when making this edge non-circular I would need to make the first point with one less loop in its first row, I had to make this edge more than once.

The first time I decided to make the edge to match the photo, but I did not realized that I needed 12 not 13 loops in the first point I made.  That meant that there were 6 loops that stuck out on the left side of each point and 7 that stuck out on the right side of the point.  (I made each point look the same.) Because of that this sample does not match the photo in the book. 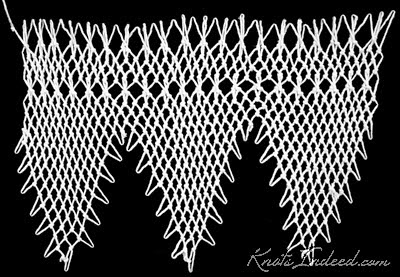 The second time I followed the instructions for the top section of the edge and made the proper adjustment for the points. 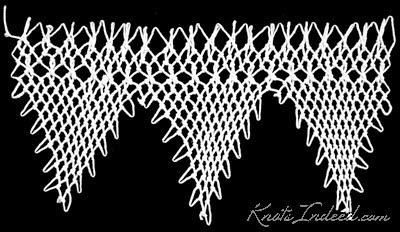 The third time I "read" the pattern instructions off the photo, just like I used to do when copying my grandmother's instructions. 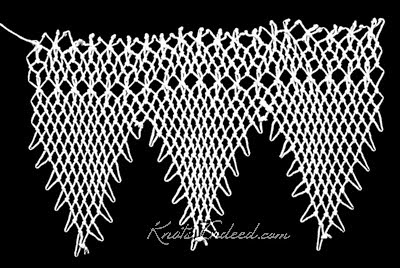 This time the sample looks like the one photo in the book, except I did not attach the netting to a piece of cloth and I did not add the net embroidery to the points.

This month I finished the bag for a new granddaughter.  The base began as a square of diamond-mesh netting. 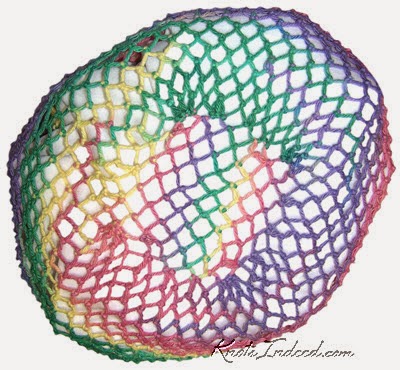 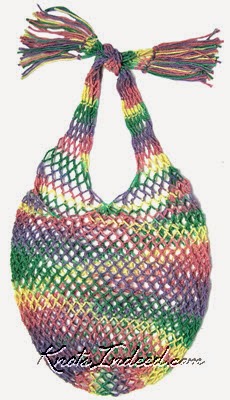 The body of the bag is done in spiral netting.

The handle is a triangular tied handle with fringe.


Here is the second Netted Insertion found in Tatting and Netting.  It is located on page 111.  The instructions for this insertion are located at the beginning of the much larger edge located on the same page. 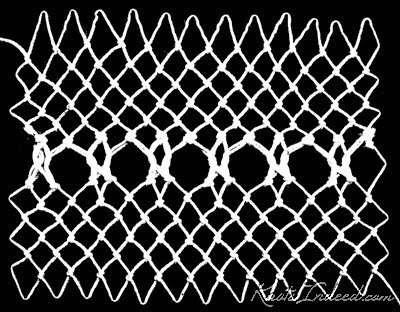 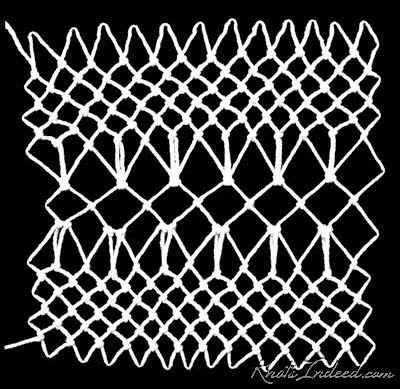