I've been going back through my patterns to see what I still need to remake so I can check the pattern and photograph it. I decided to try this Top-down Net Bag with Two (6-loop) Net Handles. The two handles are made first and then joined together. I was able to fix some of the typos and clarify the instructions in other sections. This bag has 906 knots. It's made with a 3/4" and a 1" mesh stick. 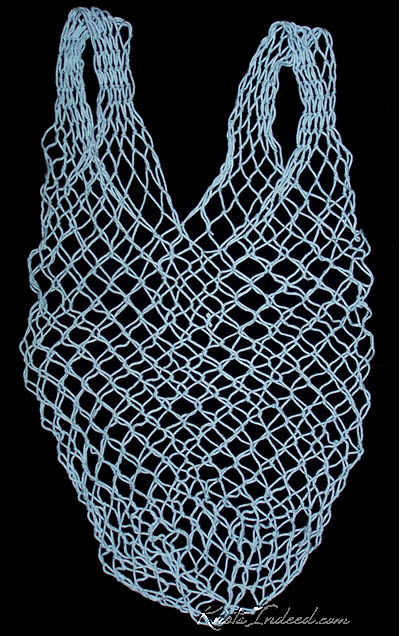 
This is another of those doilies made years ago that I only had a partial representation of what it looked like. I was not only remaking the doily, but I was also revising the instructions to make them work out mathematically.

One of my more frustrating netting experiences came when I had almost finished the rows necessary to create the 21 points. I realized that the final rows were not mathematically compatible to having each point reduce to a single increase stitch. The problem was 12 rows back, at the beginning of the point section, where I had put an even number of loops between the initial increase stitches. I needed to cut off all 12 rows (about 5,000 knots) and do it again. However, I did make sure to revise the instructions so as to put an odd number of loops between the increases. 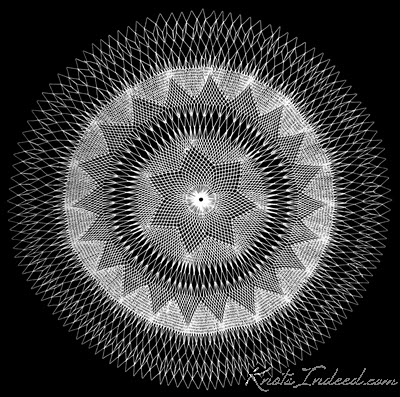 I'm grateful that I don't still need to reproduce a circular doily on a rectangular photocopy machine. Digital cameras are so much easier.


Technology has come a long way since I started netting. When I first made the doily I call Clusteria,  I needed to use a rectangular photocopy machine to try to record a circular doily that was 34.5 inches in diameter in order to have a visual copy of what I had created. I did not get a picture of the entire doily, but I had something to remind me what the it looked like.

Now that I have a digital camera, I remade the doily so I could get an image of the entire doily. 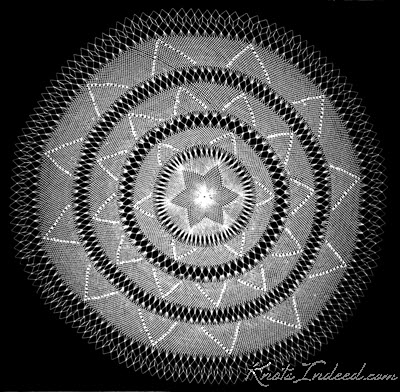 
Most of the oval netting I have done starts in the middle with several rows of plain netting before continuing around all four sides of the rectangular center.

Many years ago I was browsing online and I caught sight of what I thought was an oval netted doily. That is how it was advertised and what the photo looked like. It had a unique center. I purchased it and eagerly awaited its arrival. When it arrived, I discovered that it was not netted but crocheted. Recently I finally sat down to figure out how to get that type of center in an oval net doily. It took some trial and error, but here's what I came up with. 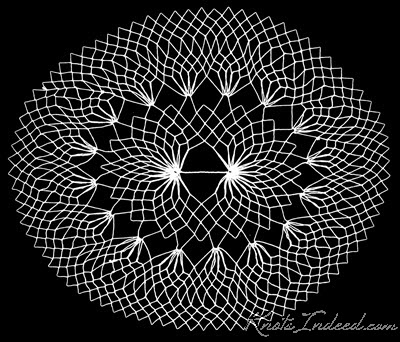 I think it works.

The first row is the hardest. The remaining 14 rows are fairly straight forward.

Tie a connecting knot (CK) at the end of each round to form the last loop of that round.