Net Bags for a Walker 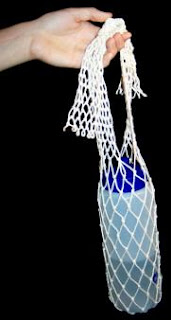 This week I learned that my husband had been given a walker at church.  When I suggested that he use it at church where there are long halls that he needs to walk, he said that there was no way for him to carry the things he needed, like his scriptures, and still use the walker.  He had a point.  The walker had no basket.

Today I implemented all the ideas that had been percolating in the back of my mind this week and created a net bag for his walker. 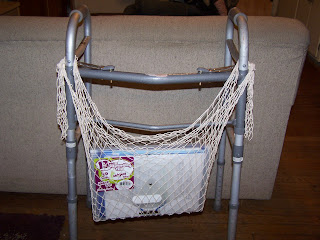 It holds everything he thinks he will need.  Now to give it a test run at church.

Progress has been made on the Square-Mesh Netting class.  Last week I was able to finish each of the four square-mesh net bags to where only one handle part needed to be finished.  This week I recorded myself making those four handles.  And you can see from the bags below that I was able to finish all four of them. 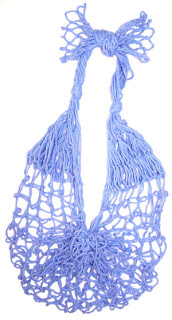 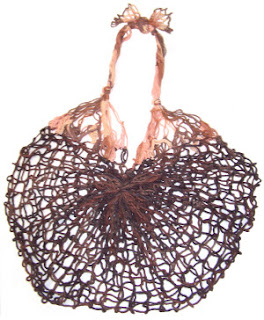 Now I just need to put the 7 videos together and create the handouts for them.


Today I read an article about teaching children to knit or crochet.  As I read through the tips they gave, I realized that the tips given could also apply to teaching someone to net.  I decided to list them and give my input as to how they apply to netting, especially the netting classes I have available at Rita's Netting Nook.


Are there other things that you feel are important that the teacher or the student should do to make it easier  to learn a new craft?


Two young ladies I know have been trying to convince me to make a belt out of netting.  Not the kind of belt that holds up your pants, but a decorative belt to be worn somewhere between the waist and the hips.

Eventually I made a couple. 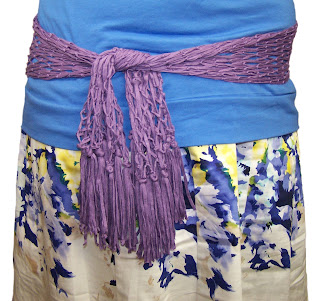 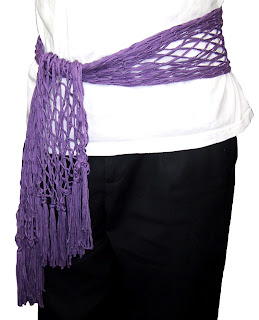 The first one is made using plain diamond-mesh netting.

To make it look a bit different, a strand of yarn is woven through the meshes from one end of the belt to the other. 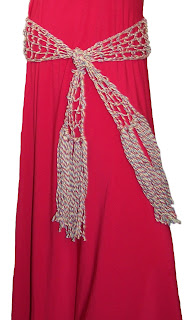 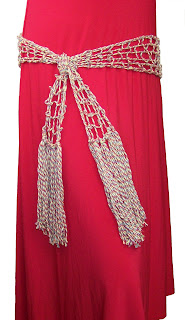 The second belt is made using square mesh netting.  The pattern for this belt will be included in the Square-Mesh Netting class which is almost done.


Both belts have fringe handing from each end of the belt.

After I was finished, I realized that these belts could also be used as scarves.

Name the Net Handle Contest Is Over 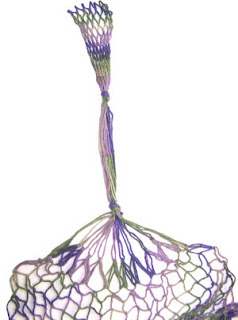 Lucy is the winner with credit for 2 and a half names to her credit.  I really liked her suggestion for the large bag handle.  She suggested "Lumiere (in reference to the candlestick in beauty and the beast, but really, looks like a candlestick with a nice heavy base to me)" and I agree. 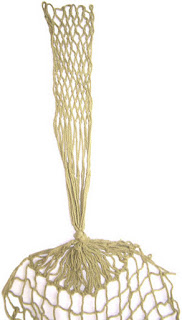 For the medium size bag handle, I'll give her half credit for her suggestion "Solid Ground (like the kind you would pound a tent stake into)" which made me think of the one I will use - Spike.

I also liked her suggestion for the small size bag's handle.  She said "Waiting (like a little kid with their hands behind their back)."

I've decided to call this one Delta.


I finally got the bags to the point where I can record the process of making the four handles shown above.  Once that is done the Square-mesh netting class should be done.

I've also been working on a face-lift for knotsindeed.com which is ancient by internet standards.  It's to the point where there is at least a sample of everything, even though there is still much that needs to be moved from the old to the new site.  If any of you want to take a look, you can go to new.knotsindeed.com and let me know what you think and if I've missed something important.