Doilies with Netted Borders from Tatting and Netting


On page 134 of the book Tatting and Netting, there are two cloth doilies with a net border.  They are patterns number 31 and 32.  Here is what pattern number 31 looks like without the lacis or net embroidery. 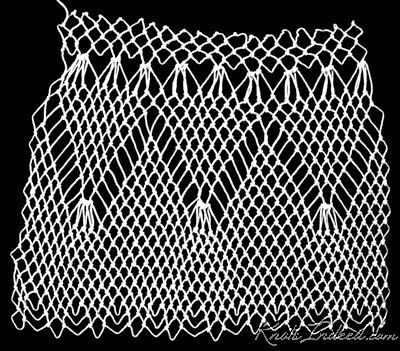 Today I met many wonderful people at the Springfield Massachusetts Library Author's Fair.  Most of them had never seen netting before. 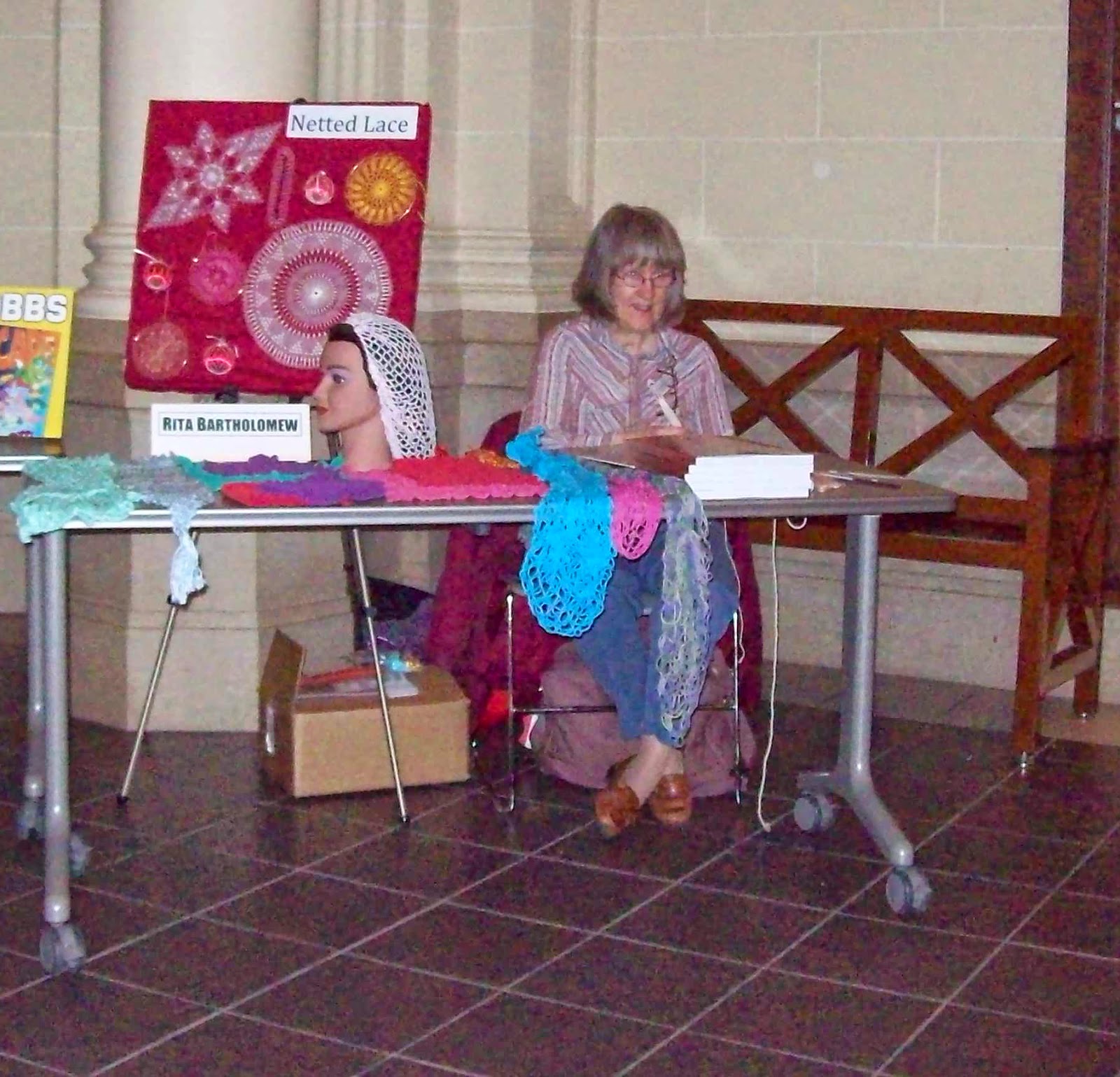 Netted Border for Handkerchief from Tatting and Netting


This week I discovered that my printed copy of Tatting and Netting (reprinted by Iva Rose Vintage Reproductions) did not match the electronic reproduction of this public domain work that I had downloaded.  The printed copy had additional patterns found pages 130 through 137 as well as two more pages after page 138.  Since my goal was to provide links to digitized copies of netting patterns, I went online and found another copy of this wonderful book.  This new copy has the missing pages, but in turn is missing 4 pages at the end of the book.  Apparently one digital copy is from an 1895 edition and the other is from an 1896 reprint. 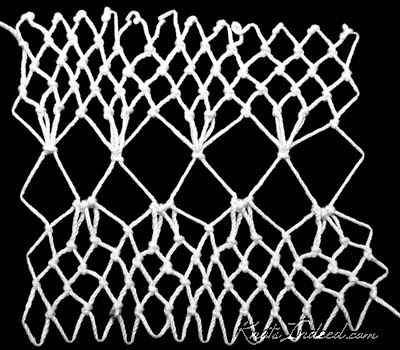 Border for Netted Doileys from Tatting and Netting


The three square-mesh Netted Doileys found on page 133 of Tatting and Netting have the same border.  The differences between them are in the embroidery that is applied to them after the netting is finished.

The instructions indicated that I should use "a No. 18 knitting needle for the mesh," which meant that I used my size 00000 knitting needle again. I also made this sample with tatting thread. This piece measures 13/8" wide by 5/8" high.

Rose Border found on Netted Doileys from Tatting and Netting


Three of the four doileys pictured on page 131 of Tatting and Netting are made of square-mesh netting.  All three of those square doileys have the same edge made using the Rose stitch.

The instructions for this edge called for "a No. 18 mesh" to be used.  Thanks to the Internet, I found that equals a 00000 steel knitting needle.  Because the mesh stick was so fine, I used some tatting thread I had been given years ago.  For the larger mesh I used a 1/8" mesh (or a #8 knitting needle).

The finished sample I made was 2 inches wide and 5/8" high.