This week I finished the second net bag for the double baby shower. 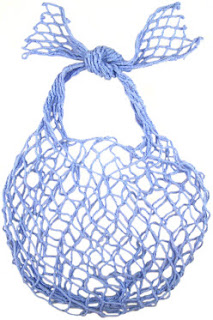 It is also done as a spiral from the top, so it does look similar to the bag I finished last week.


However, since I have a hard time repeating the same pattern over and over unless I have a good reason, there are some differences.

First, the handles.  They look different because of where the increases are placed. 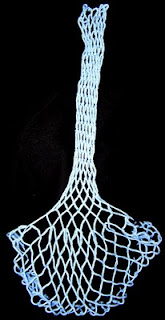 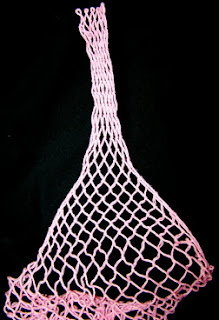 Beginning about half way down the handle, the pink bag, made last week, has increases placed along the edges of the handle.  This creates a triangular shaped as the handle nears the bag.

The blue bag has a straight handle.  The increases are all added in the same row, just after the size of the mesh stick changes.


Another way the bags differ is in how the decreases that form the bottom of the bag are placed and the number of loops that are pulled together for the decreases.

The pink bag pulls the loops together in groups of three on one row.  The grommet is formed in the next row.   The blue bag decrease only 5 times on one row and then decreases directly below those decreases on two more rows.  After those three decrease rows a grommet in the following row.  This formed a five-sided shape on the bottom of the blue bag. 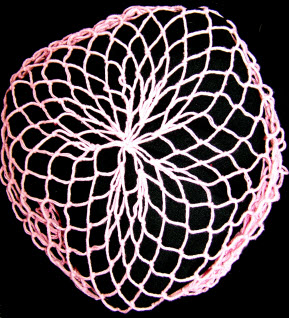 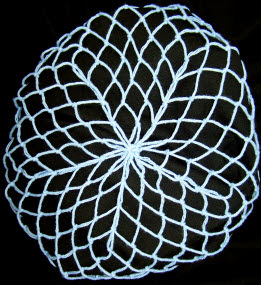 Both bags were filled with my favorite baby bibs and the net handles were tied into a bow. 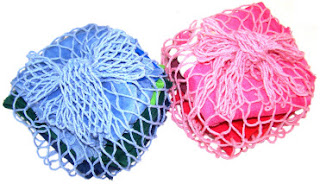 Next Saturday I have a double baby shower to attend.  This week I was able to finish the bag for the expected girl.  The photos show the bag both with and without the bibs that will accompany it. 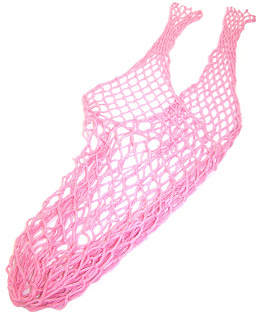 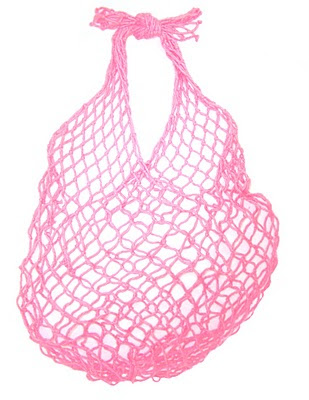 This bag is made from the top down.  The handle is made in two pieces.  After each piece is made they are joined together on one end to form the circular mouth of the bag.  The other ends of the handle sections are tied together in a square knot.  Once the mouth of the bag is created, I just net around and around the circle until it is as long as I want it to be. Then I formed a grommet at the bottom of the bag.
Posted by Rita at 11:27 PM No comments:


This month I have three baby showers to attend.  So I net this Small Rectangular Bag for the one tonight. 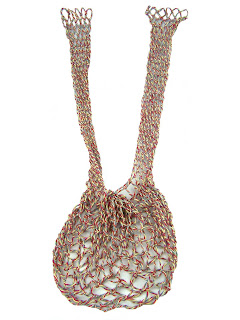 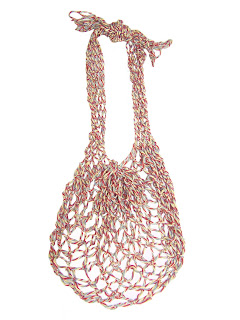 Once the bag was done, I added the bibs. 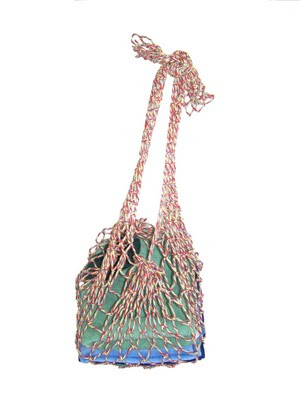 This will be the last Small Rectangular Net Bag I will make for a while.  I need to make some circular and spiral ones so I can have some photos for those classes.
Posted by Rita at 11:07 PM No comments:


What do these two pictures have in common? 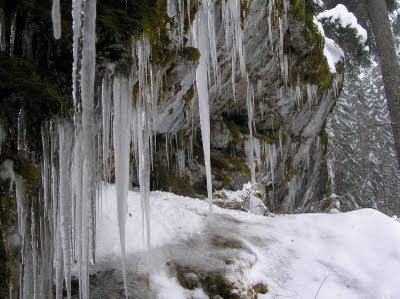 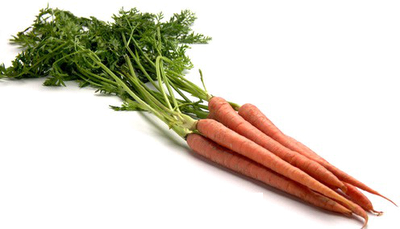