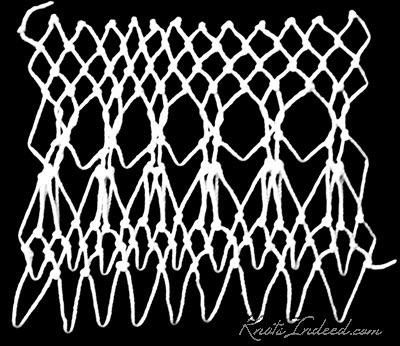 This second sample looked more like the illustration in Tatting and Netting. 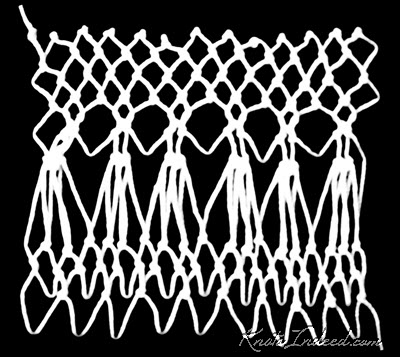 Border for Design for Antimacassars, Fichus, Darned Netting, Etc. from Tatting and Netting


This border, found on page 140 of Tatting and Netting, uses a #12 knitting needle for the small mesh stick and a 1/4" flat mesh stick for the large one.  The #12 knitting needle is equal to the 2 mm or 0 US.  If the edge is placed around a circular center, the  number of loops in the round before the border begins needs to be a multiple of 4.  If the edge is to be made going back and forth in rows, the number of loops before the edge is begun needs to be a multiple of 4 plus 1 (for example: 5, 9, 13, 21). 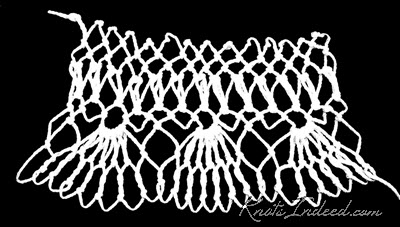 Border of Netted Neckerchief from Tatting and Netting


The Netted Neckerchief used a #12 knitting needle and a half-inch wide mesh stick. In looking at the conversion charts online, I found that the UK #12 knitting needle is the same size as the US #2 or the 2.75 metric. The pattern is found on page 149 of Tatting and Netting. 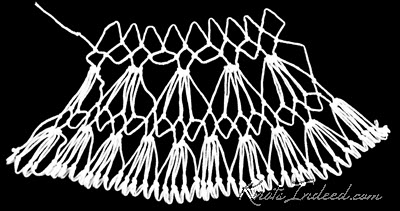 The instructions are designed for circular netting.  To make them work for this sample I net 3 knots in the last row of row three instead of the 4 knots that were called for.
Posted by Rita at 11:59 AM No comments:

Border of Netted Tie from Netting and Tatting 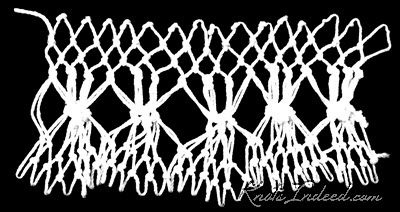