Netted Trimming from Tatting and Netting


Page 109 of Tatting and Netting, by Butterick Publishing Company (published in 1895), has three different net edgings on it - a fringe, an edge, and a trimming.  This week I tried the Netted Trimming.

Part of the instructions say to use Star Netting (found on page 89), but they neglect to say that how you follow the instructions impacts how the stitch will look.  This stitch starts by alternating a wrapped loop followed by a regular plain loop.  This creates a row of alternating long and short loops.

Today, when I made my first sample, I made the wrapped loop of row 3 on the left side of the long loop of row 2.  When it was finished, the pattern did not look correct. I finally realized I had accidentally made 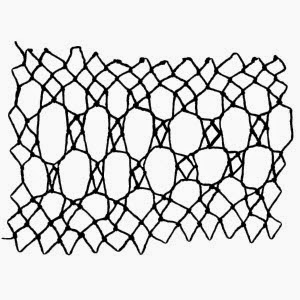 rather than Star Netting. 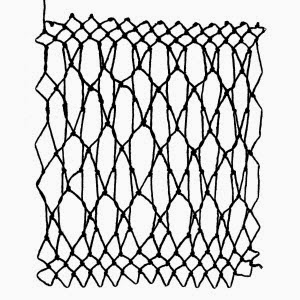 I started over again, making the wrapped loop on the right side of the long loop. Finally it looked right. 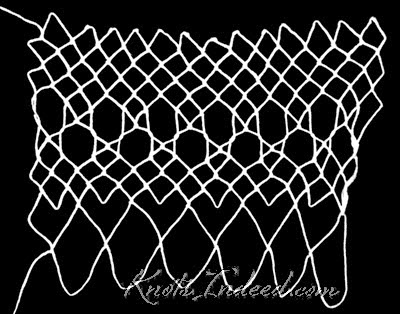 I'll finish this edging next week.  To do that, I'm supposed to do some net embroidery around the Star Netting. I wanted to see how it looked without the embroidery first. (Besides, I ran out of time!)


The first of several Netted Fringe patterns is found on page 109 of Tatting and Netting, by Butterick Publishing Company (published in 1895).

Once the heading is finished, the piece of netting is done in rows.   The rows are made in such a way that a tube of netting is formed. What looks like rows of large and small diamonds is created by laying the front and back of the tube of netting on top of each other.

I thought it would be harder to make, but I found the directions understandable once I started.  I did have a problem getting it to starch so it looked the way it did in the photo in the book.  I wonder if I could make the stitch without the heading.


On page 109 of  Butterick Publishing Company's Tatting and Netting is found Netted Edging. 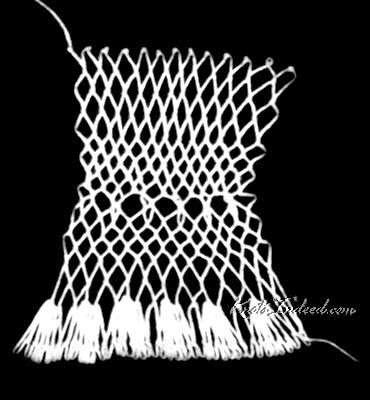 I found it interesting that the "medium bone mesh stick" appears to have been a 1/8" wide flat mesh stick and the "course knitting needle" seems to have been a size #0 knitting needle. I based my guesses on the fact that the largest row at the bottom used a 1/4" mesh stick.  When I measured the photo in the book, the largest row near the bottom was indeed 1/4" wide.  I used the measurements of the other parts of the edging to determine the other mesh stick sizes.

Row 9 was a bit challenging for me.  I like to visualize what I am doing and how it will work before I make a new stitch.  I could not visualize the process described and the results for this row.  Finally I just decided to try exactly what it said.  It worked, somehow.  I'm going to need to take a larger mesh stick and try it again to make sure I am doing the stitch correctly.

People often ask how much hair a net snood or hairnet will hold.  The best way I have to explain is to show them a before and after photo.

I had a friend with long hair come over to visit. I asked her to model the hairnet I mentioned last week. 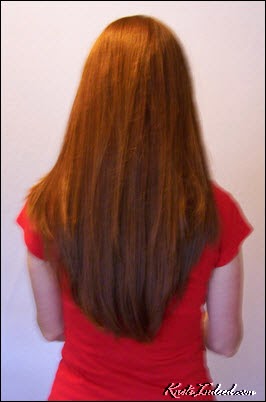 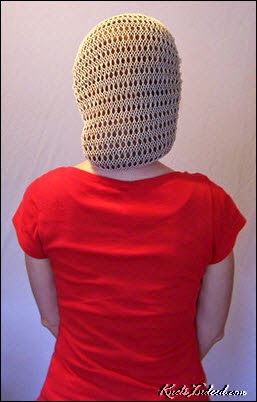 On the left she is wearing the hairnet.

On the right is a photo of her hair.

All her hair fit nicely into the hairnet.

Trimming, with Thick Loops and Fan Edge from Tatting and Netting and a hairnet from the early 16th century


On page 108 of  Butterick Publishing Company's Tatting and Netting is found Trimming, with Thick Loops and Fan Edge. 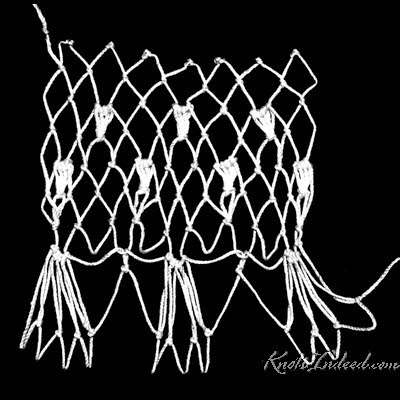 The instructions are fairly straightforward.  They do not tell exactly what size knitting needle to use, but they leave it up to you to decide.  I used a #5 knitting needle along with the 1/2" flat mesh stick they suggest.

The one problem I found was that row 5 should be deleted, at least if you go by the illustration included with the instructions.

I wonder what the edge would look like if, in the next to the last row, I were to skip 1 loop instead of the 3 loops the pattern suggests.

Several weeks ago I was browsing online for hairnets and snoods.  I wanted to see what had been found before 1700. One hairnet that caught my eye was labeled "Hairnet, beginning of the 16th century, Linz Museum."

I liked the stitch pattern and decided to see if I could figure out how it had been made, just using the photo online.  It took several attempts, but here is my version of that hairnet. 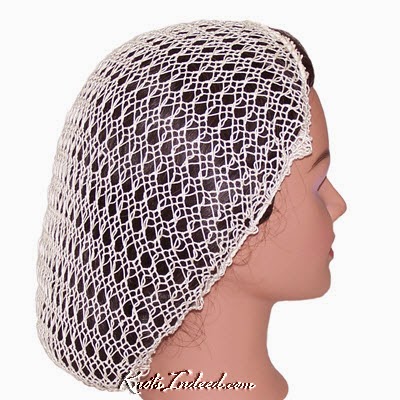 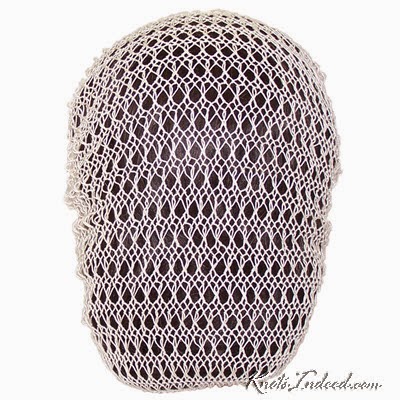 I made this hairnet as a rectangle, instead of my customary circle or triangle. That created a few problems for me at the upper corners. I suspect if I had sewed the cord to the loops, I might not have had the same problems - probably different ones though.

I experimented with different size mesh sticks and found that a 1/2" and a 1/8" seemed to give the same look and ratio that the online photo had.

Netted Lace from Tatting and Netting

One of the sections under Netting deals with "Edgings, Insertions, Fringes and Scollops."  Netted Lace is the first edge pattern in this section.  It is found on page 107.