The past few weeks have been filled with ice, snow, and schools closed because of ice and snow.  I just read that in the month of January alone we got 40.5" of snow.  So far in February we have had 15.7" and since November we have had a whopping 63.1" of snow.  The record for snowfall for this area was set at 107.7" back in 1996.


While I have been doing netting and knitting, some of my time (more than I'd like) has been spent shoveling the driveway with a snow shovel and the help of two sons who are still at home . . . 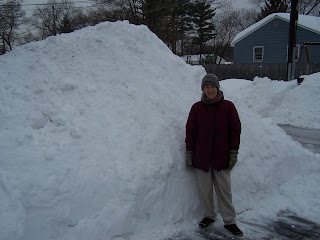 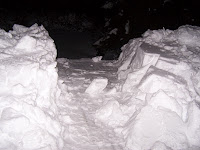 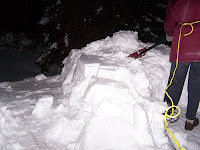 . . . and moving the snow off the roof of the carport. We measured about 20" and figured we had better remove it before the next storm. 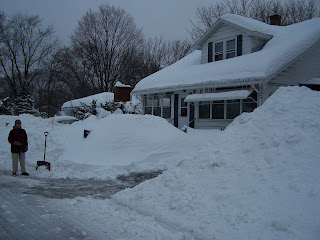 The poor mailbox is almost hidden in the piles of snow that surround it. 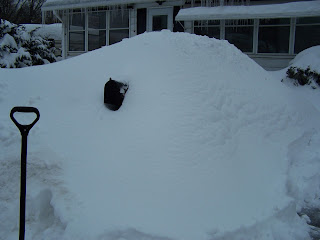 This week is the first week since Christmas break that school has been held every day. I'm hoping the last part of February and the month of March will be easier on us than January and the first half of February have been.
Posted by Rita at 11:02 PM No comments: