Having made the rectangular square-mesh frame with an odd number in the width and in the length, I wondered what would be different if I used even numbers in both the width and the length. I decided to make a frame with the following numbers: 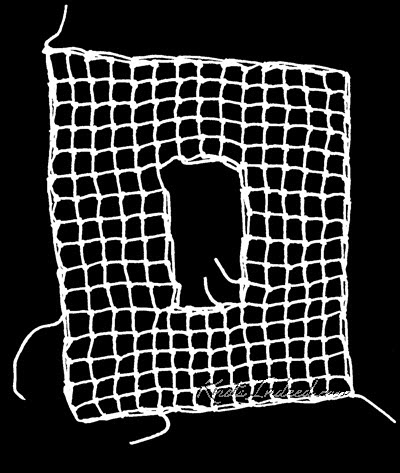 
Start the Second Half of the Square
Tie the thread from the needle onto the bottom of the first loop of the last complete increase row.
1.       Tie the end of the thread from the shuttle to the appropriate loop.
2.       Without using a mesh stick, tie a netting knot into the same loop.
3.       Untie the original knot that joined the shuttle to the loop, leaving just the netting knot.