I thought I had just about finished the edgings and borders found in Tatting and Netting. Then I looked through the book one more time and found at least 19 more patterns. Some of the edgings are attached to other items like shawls or handkerchiefs. Some of them are scallops, half circles that can be made separately and attached one at a time to the edge, and there was even an insertion that could be used as an edge. I decided not to include the edges of the mats or doilies. I have updated the list of edgings to include all 38 edgings from Tatting and Netting.

As I was looking at the scallops, my eye caught the one on page 116, Netted Lace.

The directions looked simple. Only one paragraph.

Unfortunately, the directions were not as clear as I expected. 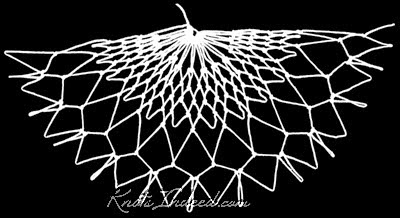 It took me fout tries to get my sample close to the photo in the book. The instructions for the 6th row said, "then 1 row with the bone needle, but in every other stitch put the thread over the mesh twice." I thought that meant to skip a loop. When I finished I could tell that the 6th row was wrong, as well as the 8th row. The closed loops were too long in that last row. 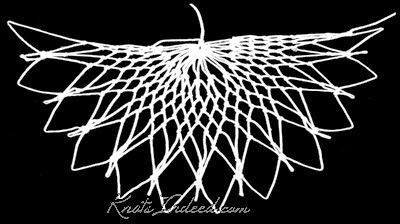 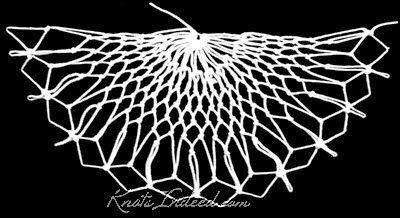 My third attempt I messed up again on the 6th row by making a long loop first, though I remembered to avoid making the small loops in the center of the shell. 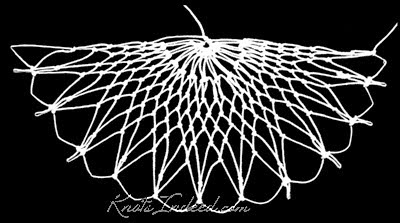 Finally I remembered to do everything right. It looks slightly different from the one in the book because I pinned the loops out tightly.

As I look at these four samples, I realize each of them would look nice as an edge. I just happened to want it to look like the one I saw in the book.

The directions I used for the last sample are as follows:


In our family, names are drawn each year for Christmas, and we give presents to the child whose name we have. If that child has children, we can either give something to the entire family or each person. In November we visited my mother-in-law since her health was failing and we wanted to go while we could still visit with her. One of my daughters lives near her, and it was this daughter's family that we were to give Christmas presents to.

My daughter had just been reading to her children about the dolls for which my grandmother had crocheted dresses. There were even pictures of the dolls in the book she was reading. As children, we had been allowed to choose one of Grandmother's dolls. My grandchildren wondered if I could do something like that for them. So, during our November visit, we went on-line and they each chose a doll.  We ordered the dolls and a book that gave correctly-sized patterns. I could not remember how tall my doll was, I knew it was not a barbie doll, so we selected dolls that looked close to mine with movable eyes, a face they liked, and 15" tall.

The dolls and patterns arrived soon after I returned home, and I was surprised to see how tall the dolls were. I measured the one my grandmother had given me - it was about 12-13 inches tall. I began crocheting. By the time we returned for my mother-in-law's funeral last week, I had the dresses done to the point where the ruffles began.

By crocheting almost non-stop after the day of the funeral (at the grandchildren's request, they did not want me to play games or read stories to them), I finished just before we flew home on Thursday. There were things I did not get done, but the basic dresses were finished. And that was what was important! 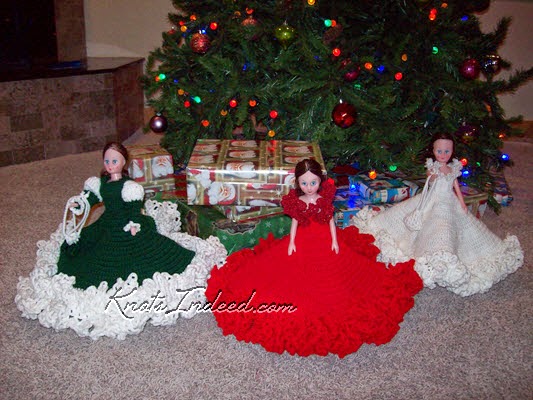 This past month I have learned why I like to net or, to say it another way, why I do not like to crochet.

Reason 2: The motion of crocheting is also harder on my wrist than the motion used in netting. The last day I could feel a few twinges in my wrist. It felt good to relax my right hand and wrist on the flight home by netting on the doily I am currently trying to finish.