Life is moving faster than I am


Do you ever get the feeling that life is not only throwing you curves, but also moving faster than you ever thought it could. I don't know where October has gone. I'm sure it was just September 29th. That was the second day I spent at the Eastern States Exposition (The Big E). I spent all day demonstrating netting on both September 22nd and 29th. 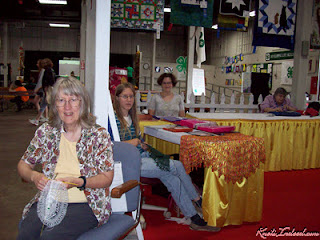 Three generations of women who know how to net - me, one of my daughters, and one of my granddaughters. 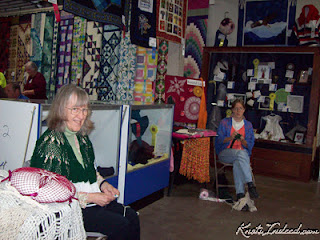 Demonstrating netting at the Eastern States Exposition with one of my daughters allows us to talk about netting to twice as many people. 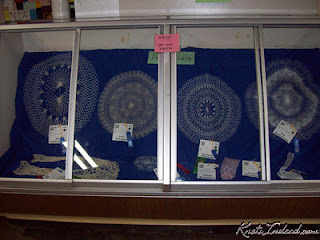 For the second year in a row, netting has its own case. Maybe one day someone other than my family will contribute a netted item to this case.