In the spring of 1990 I began a tradition of making something for my child who was graduating from high school. They got to choose what it was, although I could veto it if it was too elaborate. That spring my oldest chose a hand-knit sweater using wool I spun on my wheel. After that the children all chose a quilt. Each quilt was different. Due to life getting in the way of my projects, I have never had the project done by the day they graduated. Some were only a few months late, others were several years late.

My youngest child is a big fan of all books by Brandon Sanderson. So I was not surprised when he said he wanted the quilt to be based on the Mistborn series.

Last month (2 days before leaving on vacation) I finished his quilt; it was only 4 years + 4 weeks late. I finally got photos taken this week. 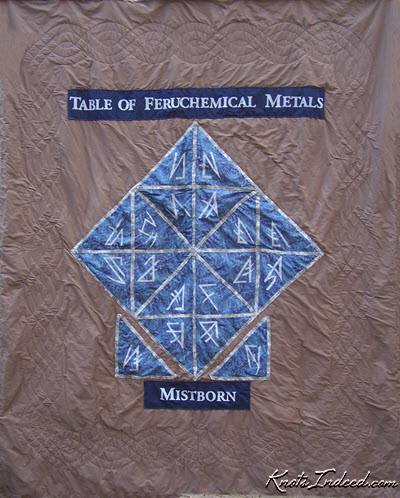 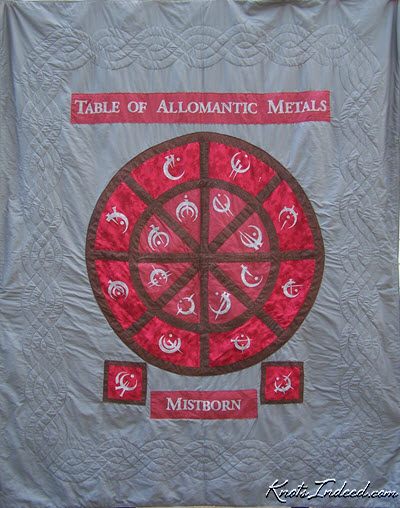