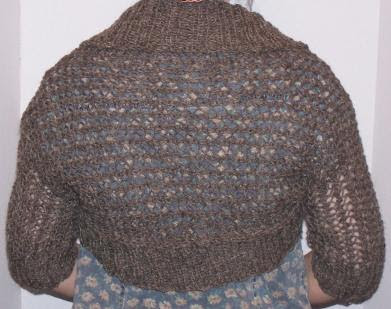 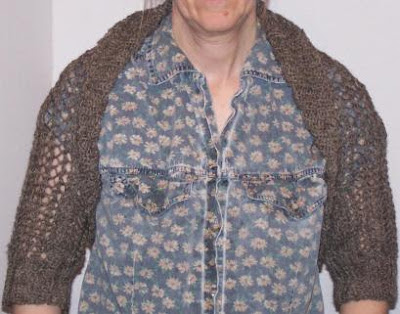 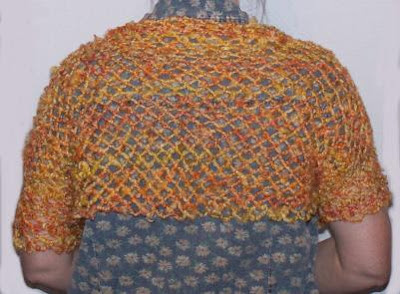 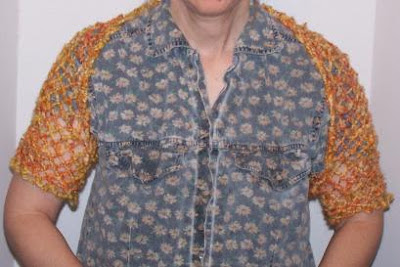 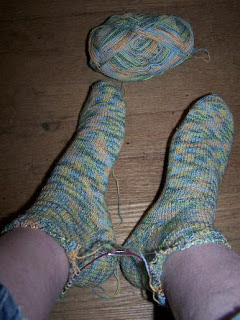 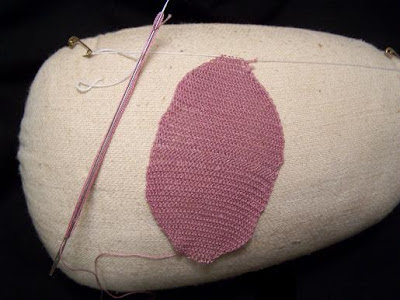 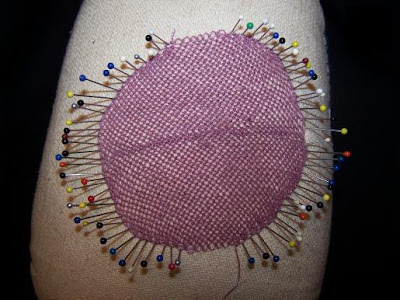 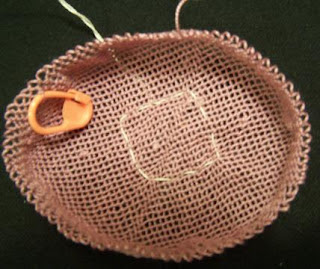 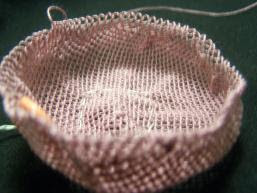 The mesh is small enough that size 2 knitting needles will not go through the mesh, although size 1 will barely. The mesh stick is a 0000. I am hoping to make it large enough that it will hold a ball of sock yarn and the needles as well as the socks being made.
Posted by Rita at 10:44 PM

You always have the most unusual items! So it's warm? Well, so is the cape you made me, even though I feel like I'm impersonating a superhero whenever I wear it :)

I really like how the gray knitted shrug turned out. I think the netted one would be improved (appearance wise) if it hadn't run out of yarn, but I suppose that's the risk of trying to use of odds and ends. =) I find it very impressive that you got the shape that close while switching handcraft methods mostly on the fly. Congrats on functional projects!