The instructions for Netted Fringe, found on page 112 of Tatting and Netting, by Butterick Publishing Company, looked simple to do.  They were simple to do.  But I could not get what I had made to look like the picture in the book.

The first time I tried the pattern, I did each row with a single strand of thread. 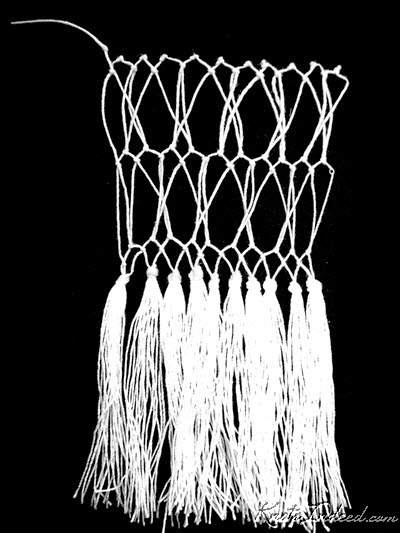 My second attempt used double thread on rows 2 and 4, like the pattern implied.  I chose not to put the fringe on this one and the last attempt because I was in a hurry and the fringe would look the same on each. 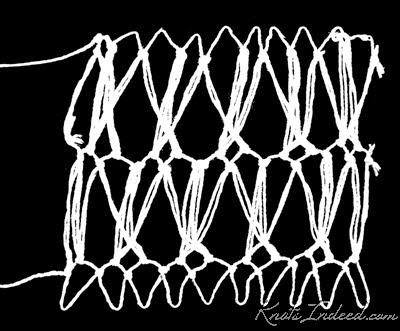 For my third try I used a 3/8" mesh stick instead of the 3/4" suggested in the directions for rows 2 and 4. This sample was much closer to what was shown in the book.  I used double thread for rows 2 and 4. 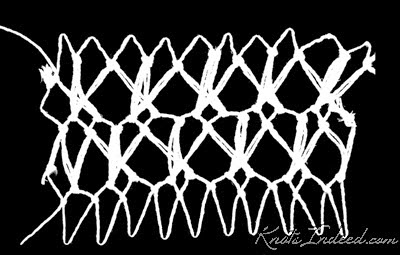 I should probably make one more using the 3/8" mesh and a single strand of thread for the entire pattern before I decide which one is closest to the illustration in the book.  Or more importantly, which one I like more.