Netted Escallop Borders - If at first you don't succeed . . .

I encountered a few problems. The instructions were almost non-existent:

"The best way of attaching these is to add a preparatory row to the article, in which, having measured the distances which the escallop will occupy, a loop must be introduced with the thread twice round the mesh, to allow of the first long loops to be netted upon it. These rows which appear thick, and show a sort of pattern in the netting, are done by passing the thread three times round the fingers, netting the three as one loop."


With the help of the illustration I was able to figure out the pattern. 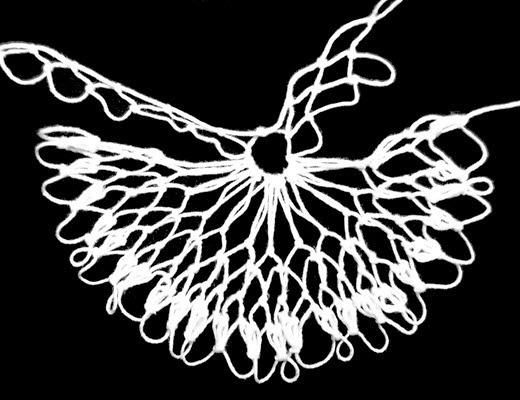 However, I could not figure out how the Netted Escallop was to be attached to the previous netting. It looks so easy in the illustration. Maybe during the week I will be more successful.  Let me know if you have any ideas or suggestions.

I started hemstitching the handkerchiefs for my daughters and granddaughters. It took me about 2 hours to do one side. With the time it took to pull the threads a few weeks ago, I'm guessing it will take me about 10 hours to prepare one handkerchief. I hope I get faster as I go along. If that was all I had to do, I could finish them in less than a month.

Today I finished re-making the doily I named Compass. It is 20 inches in diameter and used about 114 yards of size 30 crochet thread to tie 5,872 knots. 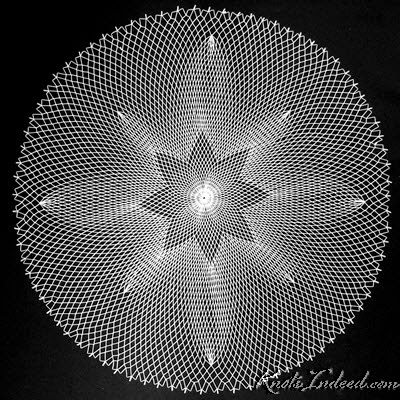 Thank you, Dorothy, I love netting.