There was one problem with the instructions.  The method used to fasten the feathers to the netting allowed the thread in the three loops to slip and slide out of the pattern.  Either I misunderstood the instructions, or they used a cord that would not slide as easily as the crochet thread I used.  I made about two and a half rows of the feather pattern before deciding that continuing in this way would drive me crazy.  So I undid those rows and tied three knots in the loops where they wanted the feathers made.  It looks close enough to the illustration for me and holds more securely.

When I finished making a sample of this lace, I thought it would be too big to put as an edge on a handkerchief.

As I continued looking at the sample, I realized that there were several options that could be used for narrower handkerchief edgings. 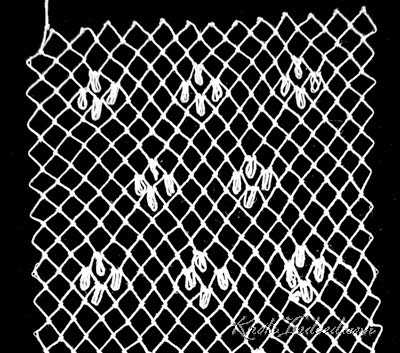 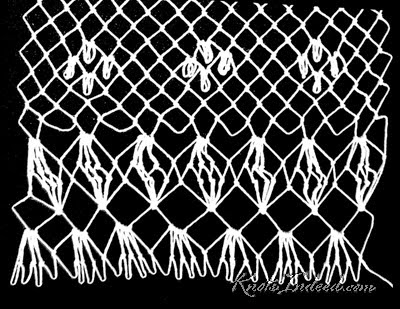 A single row of feathers could be combined with the bottom pattern. 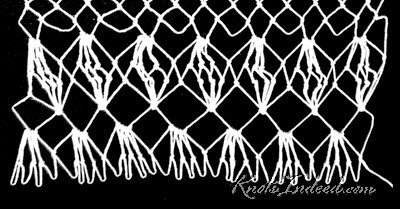 The bottom pattern could be used by itself.


Do you see any other combinations that would look nice on a handkerchief?