Netted Lace from Tatting and Netting; Netting at the Big E


A picture makes it so much easier to understand the printed directions. Today I made a sample of Netted Lace from instructions found on page 111 of Tatting and Netting, by Butterick Publishing Company.  Either they forgot to mention a repeat of a three-row pattern, or they thought anyone could see in the photograph that it was repeated and so did not mention it.  They also did not mention the size of the three netting needles used.  I measured the photo and decided to try a 1/8", 1/4", and 3/8" mesh sticks. 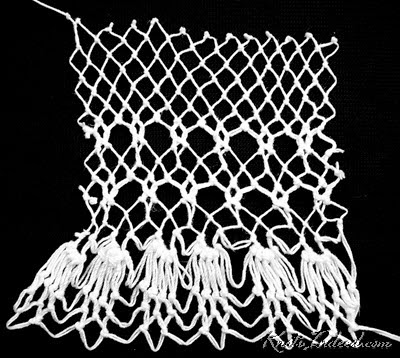 Then I wondered what it would look like if the pattern was done just using a single thread. So I made it that way. It looks a little different, but I like it.  Which one I use will depend on where I'm using it. 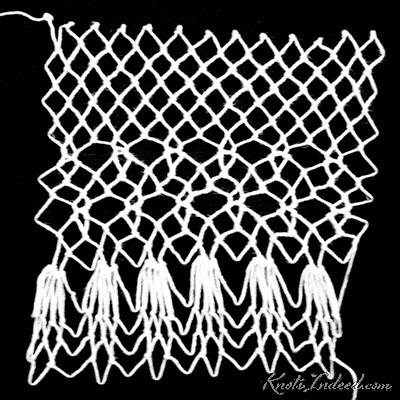 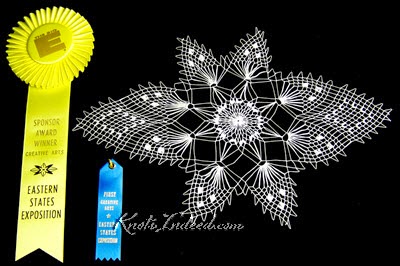 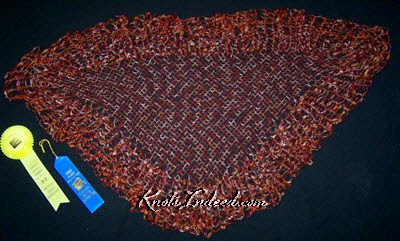 Two of my granddaughters submitted the rest. The twelve-year-old submitted a net bag and received a first-place ribbon and best in the youth division. 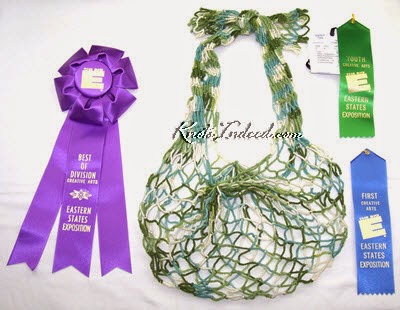 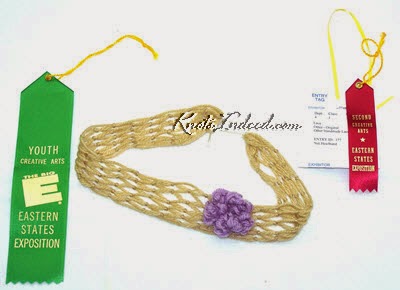 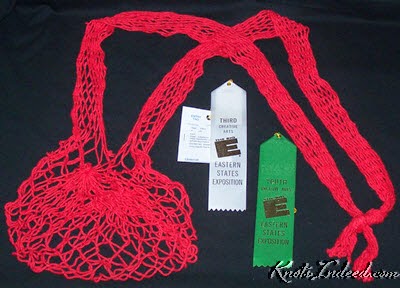 I appreciate that the items submitted to the Big E are not in competition with others.  Each item is judged on its own merits.  Does it meet the standards for first, second, or third place?  If yes, then it receives that award. I also like the fact that the youth have their own division.  The beginners also have their own division.  Maybe next year I can get my daughter to enter something she has net.
Posted by Rita at 11:50 PM