Manual of Knitting by Mrs. Mee and Miss Austin


I find it strange that a book devoted to knitting would contain a single netting pattern but Manual of Knitting by Mrs. Mee and Miss Austin does just that.  I wonder which woman designed the netting pattern.  This book was published around 1860.

This book contains a pattern (page 10, item 7) for making a Netted Jupon.

Since I had no idea what a jupon is and there is no picture of the finished product, I decided to use a dictionary.

Most of the definitions were similar: "a short close-fitting sleeveless padded garment, used in the late 14th and early 15th centuries with armour"

I liked this one because it included how to pronounce the word.

But somehow I could not see this definition matching something made with netting.  Then I found a dictionary which included a second definition: "A petticoat."  That made more sense.


This week I also took the time to double check netting instructions for making small circles.  The directions will be included in my circular netting class. 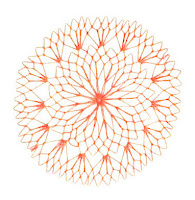 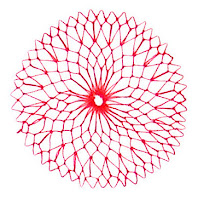 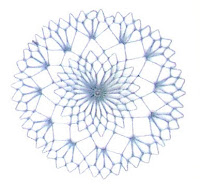 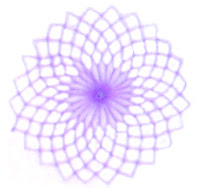 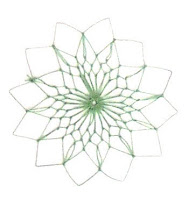 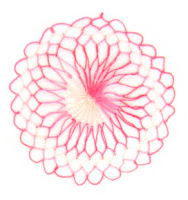 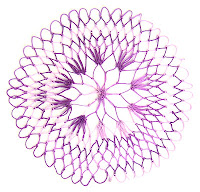 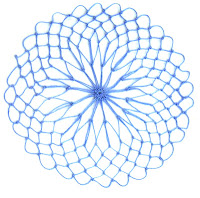 I wanted to have something that was small enough that it could be made quickly.  This way the students could practice several times, instead on only once or twice, the techniques that start a piece of circular netting.  I also wanted to include a variety of stitches so the different techniques for starting rounds could be practiced.

These patterns can be used in making hot pads, bookmarks, or inserts into acrylic coasters.  It just depends on the size of the thread and mesh sticks used.

Rita,
Another style of garment made with netting is the thermal underwear. I read once that during WWII British netmakers were asked to make these items for sailors on Artic patrols. Bradford Angier in his survival books mentions them
http://books.google.com/books?id=h2U4Qsmq3hYC&pg=PA40&source=gbs_toc_r&cad=4#v=onepage&q&f=false
page 46. I have never seen an actual photo of these old items but modern ones abound. Tony

Amazing. Thanks so much for sharing the link. I would never have equated netting with thermal underwear. I would love to get my hands on a pattern from those created during WWII.

Rita,
It came to me that the British use different terms than we do for common items

I Googled string vests (British term) and came up with this

Thanks for the new links. I think there is almost enough information to try making one by combining all the links you've found. Let me know if you make one before I do.

here is my attempt at a garment.
Day-glo vest for visibility
[IMG]http://i.imgur.com/uZ7WuQ0.jpg[/IMG]

What a creative way to use netting.