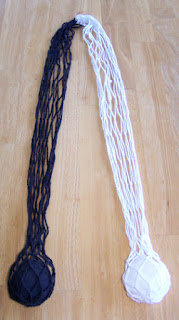 And they rock. Much easier to use than chain poi. Much less wear on the hands. Also able to do some bolo work with the double-poi