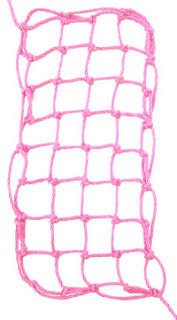 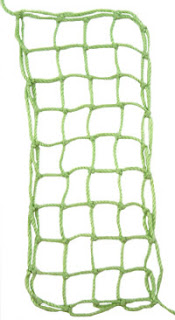 Two had an even number of squares across the width. 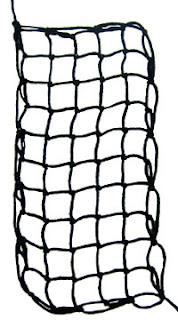 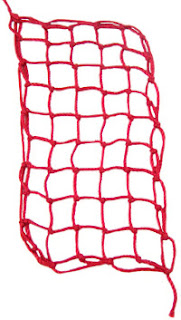 Two had an odd number of squares across the width.

I guess it was a good thing I looked at my garden yesterday and noticed that the tomato plants at one end of one garden box were starting to sprawl all over the place. The poor tomato plants were in need of a trellis of their own - the one spot in the garden where I had not already supplied one!

We picked up the materials to make the frame, and last night I found some unused seine twine Mason Line to use for the netting. As I was netting the trellis, I found a mistake in the instructions that I thought were all finished and correct. I guess it pays to check and double check the instructions.

And this morning, with the help of my youngest son, we threaded the netting onto the frame.

The tomato plants are no longer sprawling; they are climbing instead. I even saw a few small, green tomatoes.