This week saw my daughter and me at the Eastern States Exposition (Big E) again. Out of the 7 days we demonstrated netting during the last two weeks, we've sat in 4 different locations. We also got to spread out over a variety of tables - sometimes even more than one table. 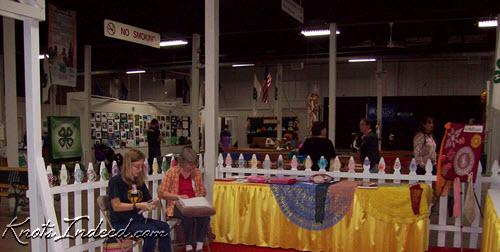 Monday working on a net scarf and on a net handkerchief edge. 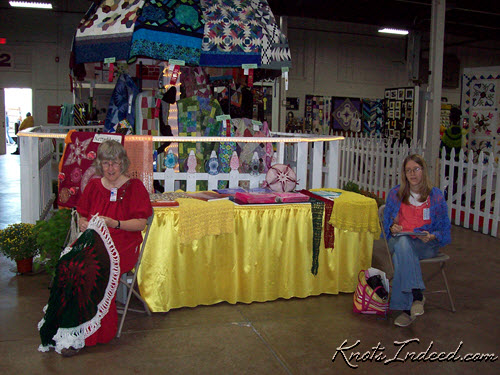 Thursday working on a net shawl and planning.