My grandmother taught me to net using spiral netting.  Spiral netting goes around and around until you change the size of the mesh stick or stitch pattern, or finish the project. 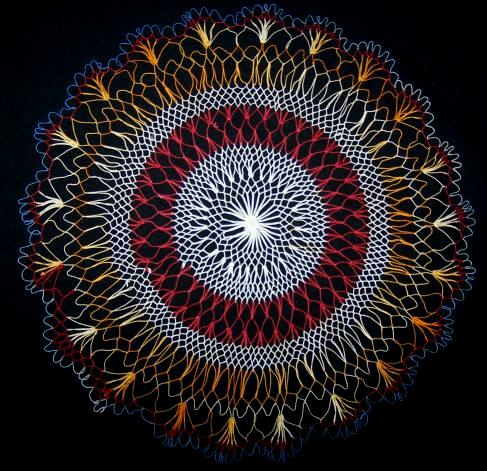 Here is a doily she made for me to use as a pattern.  It is done in spiral netting and is a good example of some of the problems associated with spiral netting.


Here are some closeups of that doily highlighting three common problems experienced with spiral netting. 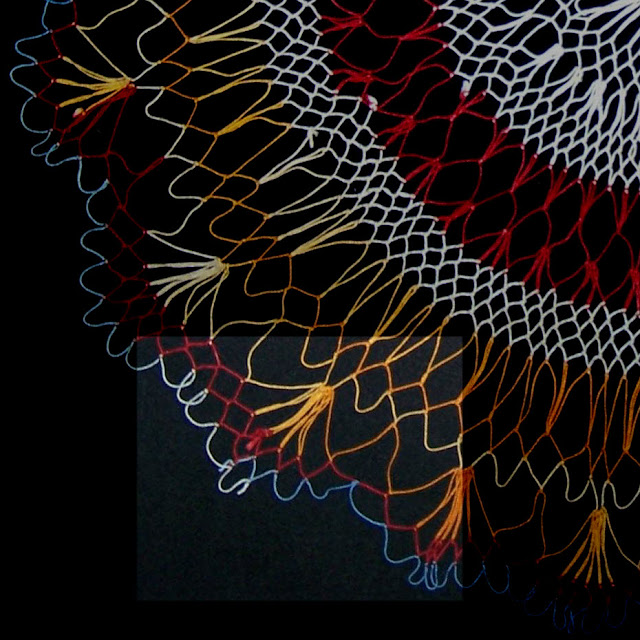 The end of the netting is very obvious.  It just stops. 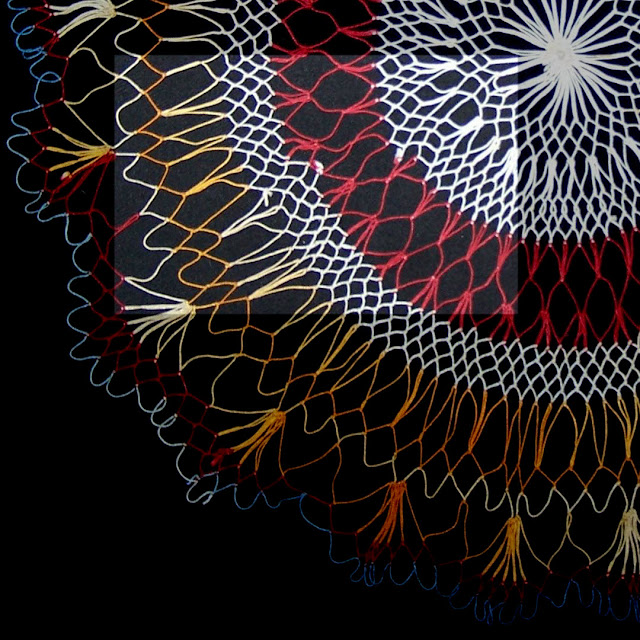 In the highlighted area there is a noticeable trail in the netting where the size of the mesh stick was changed.  It may appear as a jog in the round or a single long strand where there should be two or more strands forming a V. 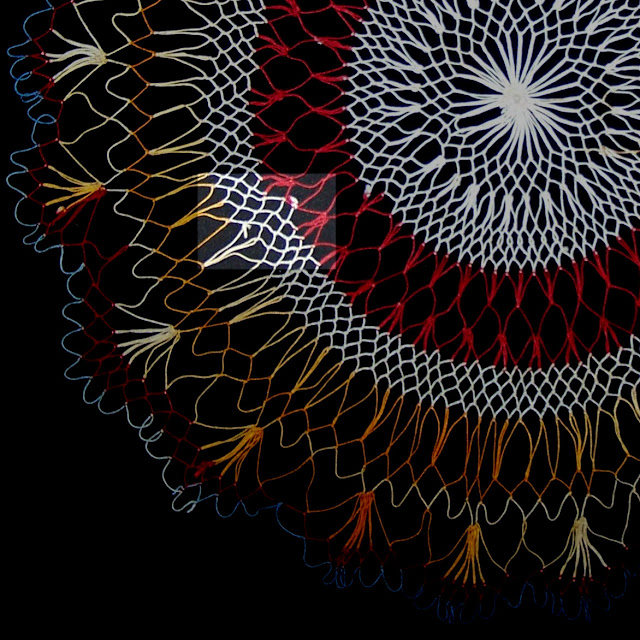 Counting the number of rounds becomes a challenge because the round has no definite beginning or end.

If you look closely in the highlighted area you can see that there are mostly 5 rounds of small white netting.  However, there are a couple of places where there are only 4 rounds.  This makes it difficult to know when to change to a new mesh stick or a new stitch.

It was years after I had learned to net that I found there was another way to net in a circle.   Thanks to a small public library I found Net Making by Charles Holdgate and learned about circular netting.

Here is the same doily made using circular netting. 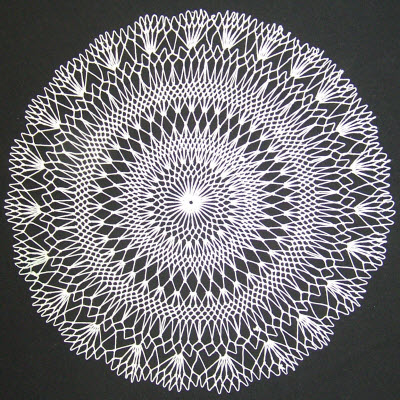 Circular netting joins each round with an overhand knot.

This simple step eliminates the problems described with spiral netting.

This week I found myself adding more projects to the Circular Netting class I am creating.  There are now seven different types of projects in this class and 15 patterns:  3 bags, 3 bookmarks, 3 coasters, 3 dishcloths, a doily, a hot pad, and a snood.

If you could choose only one type of project to make while learning circular netting, which would it be?

You can look at the projects at Rita's Netting Nook.